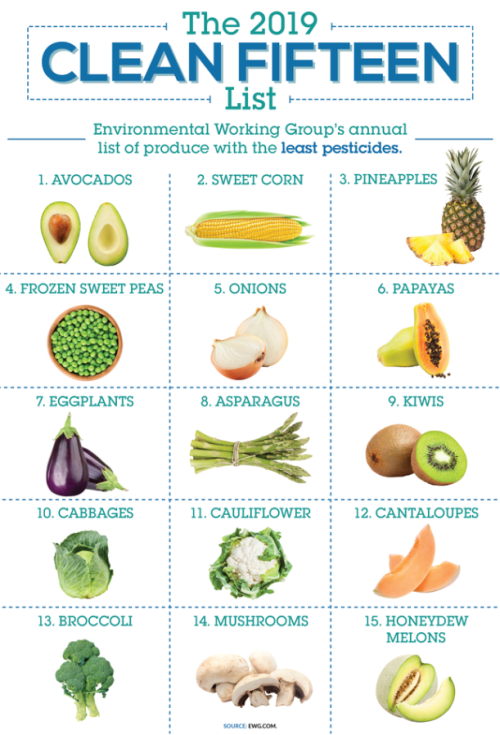 While it may still be considered a super food, kale took third place on this year’s “Dirty Dozen” list of fruits and vegetables with the most pesticide residue. Once again, strawberries and spinach took first and second, as they did on last year’s list.

The Environmental Working Group (EWG), a nonprofit organization focused on human health and the environment, has produced the report annually since 2004.

This year, more than 92% of kale samples tested had two or more pesticide residues detected, and a single sample could have up to 18 different residues, EWG found. The most frequently detected pesticide, found on about 60% of the kale samples, was Dacthal, also called DCPA. It has been classified by the Environmental Protection Agency (EPA) as a possible human carcinogen, based on animal studies.

The EWG researchers analyzed test data from the U.S. Department of Agriculture for the report, and kale had…

Since the strawberries looked especially good at the supermarket today I thought I would share the following with  you. Keep in mind that strawberries are among the ten best foods for us to eat. Check out my post How healthy are Strawberries?

Vote with your pocketbook on GMO foods

Over 60 countries around the world require GMO labeling or ban GMOs outright. But not the U.S.

The food companies on the left of the graphic spent tens of millions of dollars in the last two labeling campaigns – in California and Washington State – to prevent you from knowing what’s in your food. You can even the score by switching to the brands on the right; all of whom stood behind the I-522 Right to Know campaign. Voting with your pocketbook, at every meal, matters. You can read more about GMOs on Dr. Mercola’s website. 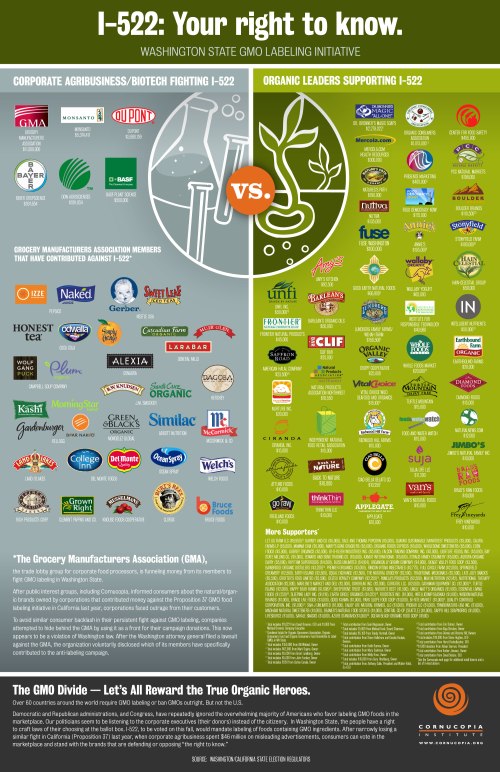 You can access the Shoppers’ Guide to Avoiding Genetically Engineered Food for yourself.
Tony