The herb kratom is increasingly being used to manage pain and treat opioid addiction, but it’s not safe to use as an herbal supplement, according to new research led by faculty at Binghamton University, State University of New York.

The drug is available in smoke shops and online. Using low doses, it is a stimulant. At high doses, it has an opioid-like effect.

William Eggleston, clinical assistant professor of pharmacy practice at Binghamton University, had been seeing more and more patients presenting with toxicity or withdrawal from kratom use. Kratom is an herbal supplement derived from a plant that grows throughout southeast Asia. It is well-reported that the active chemicals in the plant act on opioid receptors in the body. Patients report using the supplement to treat/prevent withdrawal, treat opioid use disorder, or treat pain. END_OF_DOCUMENT_TOKEN_TO_BE_REPLACED

Besides the arthritis pain that greatly restrains both hands, I recently underwent oral surgery and had a pain reliever prescribed for after-care. For the most part, I live without taking pain relievers. I use topical solutions like CBD Oil, Australian Dream Cream, Mustard Seed Oil regularly for my hands as well as Chinese exercise balls for flexibility. Nonetheless, pain relievers can be a temporary solution at times. It helps to know what you are putting into your system.

Headache? Have an aspirin. Back hurts? How about some ibuprofen? Feeling feverish? Time for some acetaminophen. 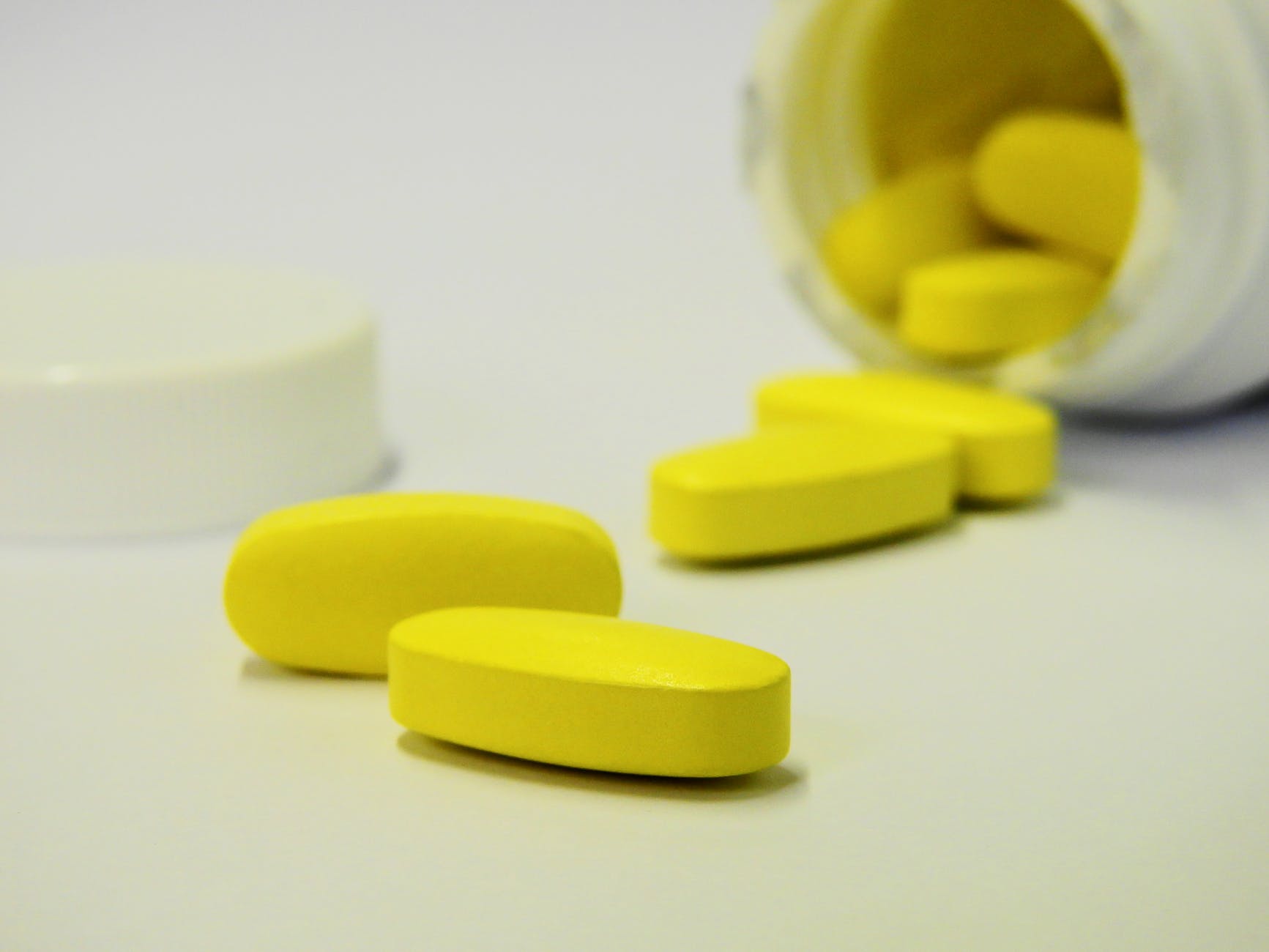 Over-the-counter pain relievers are often the first thing we turn to when we’re injured or under the weather, and for good reason. They can be extremely effective at reducing pain, fever and inflammation.

But because they’re in just about everyone’s medicine cabinet and you don’t need a prescription to buy them, it can be tempting to treat them a little too casually — taking too many, too frequently or for the wrong reasons.

We talked to Patricia Russell, MD, a primary care physician at Rush Oak Brook, to learn the facts about over-the-counter pain relievers, including a few that may surprise you. END_OF_DOCUMENT_TOKEN_TO_BE_REPLACED

Is it safe to take ibuprofen for the aches and pains of exercise? – Harvard

I exercise regularly and I also suffer from severe arthritis of the hands, so the subjects of exercise and painkillers touch me where I live. Following is a very informative write up of painkillers in general and NSAIDs in particular by Robert H. Shmerling, MD, Faculty Editor, Harvard Health Publications

“Not long ago, I took ibuprofen after a dental procedure and was amazed at how well it worked. Millions of people have had similar experiences with ibuprofen and related medications (called non-steroidal anti-inflammatory drugs, or NSAIDs) when used for a number of conditions, including arthritis, back pain, and headache. That’s why NSAIDs are among the most commonly prescribed drugs worldwide.”

Coincidentally, I stumbled across NSAIDs by accident. You can read about it in my post – What about a bubble on my elbow?

“More than a dozen different NSAIDs are available, including naproxen (as in Naprosyn or Aleve), celecoxib (Celebrex), diclofenac (Voltaren) and indomethacin (Indocin). Aspirin is also an NSAID, though it is usually taken in small doses for its blood thinning effects (to prevent heart attack or stroke) rather than for pain.

NSAIDs are fairly safe, but not risk free

“The safety profile of NSAIDs is generally quite good, especially when taken in small doses for short periods of time. That’s why several of them, including ibuprofen and naproxen, are available in low doses over the counter in this country and elsewhere. END_OF_DOCUMENT_TOKEN_TO_BE_REPLACED

I really have to confess ignorance on the subject of opioids. I make it a point to keep my drug use at a bare minimum. Naturally, I have heard of opioid abuse. Who didn’t see those shocking pictures of golf great Tiger Woods the night he tried driving under the influence of opioids?

I recently suffered some severe back pain from hanging my bike on the rack carelessly. I went to the hospital for rehab work, but didn’t take any drugs.

I wanted to report what Harvard has to say on the subject because it offers a lot of information on asking questions of your doctor.

Opioid misuse is now one of most important health problems in the United States, rivaling smoking as a cause of death. Although news reports tend to focus on an opioid crisis among the young, the opioid epidemic is increasingly affecting older people as well. In fact, the rates of hospitalization for opioid overdoses among Medicare recipients quintupled from 1993 through 2012. Although older people are still less likely than younger ones to become addicted or succumb to opioid overdoses, they are more likely to suffer side effects from extended opioid use, including memory and cognition problems and falls.

END_OF_DOCUMENT_TOKEN_TO_BE_REPLACED

As a daily consumer of aspirin for the arthritis in my hands, I was pleased to run across this new study from Cardiff University on the drug’s benefits.

Stomach bleeds caused by aspirin are considerably less serious than the spontaneous bleeds that can occur in people not taking the drug, concludes a study led by Cardiff University. 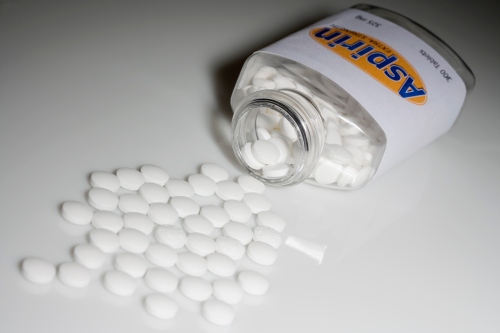 Published in the journal Public Library of Science, the extensive study of literature on aspirin reveals that while regular use of the drug increases the risk of stomach bleeds by about a half, there is no valid evidence that any of these bleeds are fatal.

Professor Peter Elwood from Cardiff University’s School of Medicine said: “Although many people use aspirin daily to reduce the risk of health problems such as cancer and heart disease, the wider use of the drug is severely limited because of the side effect of bleeding from the stomach…”

“With our study showing that there is no increased risk of death from stomach bleeding in people who take regular aspirin, we hope there will be better confidence in the drug and wider use of it by older people, leading to important reductions in deaths and disablement from heart disease and cancer across the community.”

Professor Peter Elwood, School of Medicine
Heart disease and cancer are the leading causes of death and disability across the world, and research has shown that a small daily dose of aspirin can reduce the occurrence of both diseases by around 20-30%.

Recent research has also shown that low-doses of aspirin given to patients with cancer, alongside chemotherapy and/or radiotherapy, is an effective additional treatment, reducing the deaths of patients with bowel, and possibly other cancers, by a further 15%.

The study ‘Systematic review and meta-analysis of randomized trials to ascertain fatal gastrointestinal bleeding events attributable to preventive low-dose aspirin: No evidence of increased risk’ can be found in Public Library of Science.

6 ways to use your mind to control pain – Harvard

In an effort to keep as many foreign substances outside of my circulatory system, I take as few drugs as possible. Since I suffer from arthritis of the hands, I have to resist the temptation to get into painkillers daily. I fear the side effects more than my hands hurting.

The Harvard Health Publications offer  a number of techniques, some of them age old, that may reduce one’s need for pain medication.

No respecter of age, arthritis pain can strike in numerous places.

The following techniques can help you take your mind off the pain and may help to override established pain signals.

1. Deep breathing. It’s central to all the techniques, so deep breathing is the one to learn first. Inhale deeply, hold for a few seconds, and exhale. To help you focus, you can use a word or phrase to guide you. For example, you may want to breathe in “peace” and breathe out “tension.” There are also several apps for smartphones and tablets that use sound and images to help you maintain breathing rhythms. END_OF_DOCUMENT_TOKEN_TO_BE_REPLACED

Some Common Painkillers are Dangerous – Study

As I mentioned a couple of days ago when posting on cold-brewed coffee, I drink decaf because I don’t like any kind of drugs in my system. Regular readers know that I suffer from severe arthritis in both hands. I took Naproxen Sodium once for something else, but found that it eased my arthritis pain. My doctor and I agreed that the Naproxen Sodium (an NSAID – see below) was too strong for me to take on a regular basis because of possible liver and other damage. All of that preamble is to put into some perspective this latest information on common painkillers – NSAIDs. 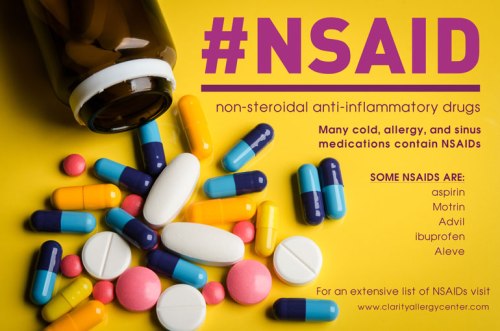 FACTS about arthritis medicine (NSAID):•
NSAIDs is an abbreviation for Nonsteroidal Anti-Inflammatory Drugs and is used to treat a wide range of diseases, in particular disorders in the muscular and bone system, where the drug counteracts swelling, pain and limitations in movement associated with inflammation.
• NSAIDs are not antibiotics and therefore do not help to fight infections caused by bacteria.
• NSAIDs are in Denmark sold both in low doses (Ibuprofen 200 mg/tablet) without a prescription and in higher doses and other types with a prescription.

Many Danes are prescribed NSAIDs for the treatment of painful conditions, fever and inflammation. But the treatment also comes with side effects, including the risk of ulcers and increased blood pressure. A major new study now gathers all research in the area. This shows that arthritis medicine is particularly dangerous for heart patients, and also that older types of arthritis medicine, which have not previously been in focus, also appear to be dangerous for the heart.

“It’s been well-known for a number of years that newer types of NSAIDs – what are known as COX-2 inhibitors, increase the risk of heart attacks. For this reason, a number of these newer types of NSAIDs have been taken off the market again. We can now see that some of the older NSAID types, particularly Diclofenac, are also associated with an increased risk of heart attack and apparently to the same extent as several of the types that were taken off the market,” says Morten Schmidt, MD and PhD from Aarhus University, who is in charge of the research project.

He adds:”This is worrying, because these older types of medicine are frequently used throughout the western world and in many countries available without prescription.” END_OF_DOCUMENT_TOKEN_TO_BE_REPLACED