Diets high in protein linked to lower risk of death

Diets high in protein, particularly plant protein, are associated with a lower risk of death from any cause, finds an analysis of the latest evidence published by The BMJ.

The researchers say these findings “support current dietary recommendations to increase consumption of plant proteins in the general population.” 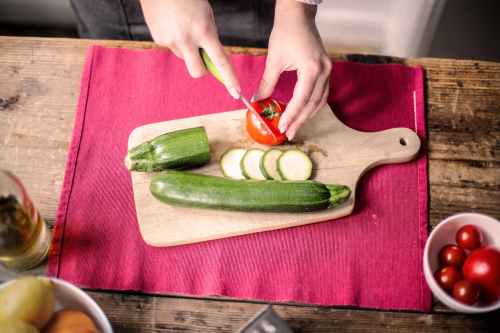 Photo by Andrea Piacquadio on Pexels.com

Diets high in protein, particularly protein from plants such as legumes (peas, beans and lentils), whole grains and nuts, have been linked to lower risks of developing diabetes, heart disease and stroke, while regular consumption of red meat and high intake of animal proteins have been linked to several health problems.

But data on the association between different types of proteins and death are conflicting.

END_OF_DOCUMENT_TOKEN_TO_BE_REPLACED

I am guessing that belly fat is the number one source of concern for people taking up exercise – or continuing it. So many fruitless hours have been spent on ‘ab-work’ like sit-ups and stomach crunches with little sign of success. It turns out that reduction of that ‘spare tire’ is far less complicated than many suppose. Simple, but not obvious.

Summary: According to researchers, interleukin 6 plays a critical role in how exercise helps to reduce body fat. Source: Cell Press.

Some of you may have made a New Year’s resolution to hit the gym to tackle that annoying belly fat. But have you ever wondered how physical activity produces this desired effect? A signaling molecule called interleukin-6 plays a critical role in this process, researchers report December 27 in the journal Cell Metabolism.

As expected, a 12-week intervention consisting of bicycle exercise decreased visceral abdominal fat in obese adults. But remarkably, this effect was abolished in participants who were also treated with tocilizumab, a drug that blocks interleukin-6 signaling and is currently approved for the treatment of rheumatoid arthritis. Moreover, tocilizumab treatment increased cholesterol levels regardless of physical activity.

“The take home for the general audience is ‘do exercise,’” says first author Anne-Sophie Wedell-Neergaard of the University of Copenhagen. “We all know that exercise promotes better health, and now we also know that regular exercise training reduces abdominal fat mass and thereby potentially also the risk of developing cardio-metabolic diseases.”

END_OF_DOCUMENT_TOKEN_TO_BE_REPLACED

Eating foods high in salt is known to contribute to high blood pressure, but does that linear relationship extend to increased risk of cardiovascular disease and death? Recent cohort studies have contested that relationship, but a new study published in the International Journal of Epidemiology by investigators from Brigham and Women’s Hospital and their colleagues using multiple measurements confirms it. The study suggests that an inaccurate way of estimating sodium intake may help account for the paradoxical findings of others. 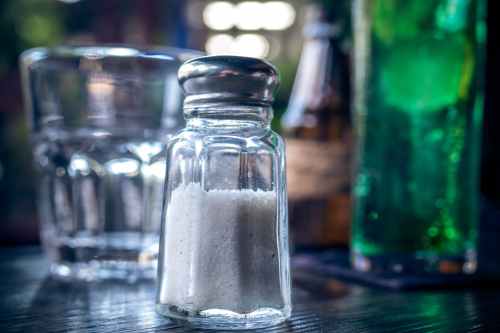 Photo by Artem Bali on Pexels.com

“Sodium is notoriously hard to measure,” said Nancy Cook, ScD, a biostatistician in the Department of Medicine at BWH. “Sodium is hidden – you often don’t know how much of it you’re eating, which makes it hard to estimate how much a person has consumed from a dietary questionnaire. Sodium excretions are the best measure, but there are many ways of collecting those. In our work, we used multiple measures to get a more accurate picture.”

Sodium intake can be measured using a spot test to determine how much salt has been excreted in a person’s urine sample. However, sodium levels in urine can fluctuate throughout the day so an accurate measure of a person’s sodium intake on a given day requires a full 24-hour sample. In addition, sodium consumption may change from day to day, meaning that the best way to get a full picture of sodium intake is to take samples on multiple days.

While previous studies have used spot samples and the Kawasaki formula, the team assessed sodium intake in multiple ways, including estimates based on that formula as well as ones based on the gold-standard method, which uses the average of multiple, non-consecutive urine samples. They assessed results for participants in the Trials of Hypertension Prevention, which included nearly 3,000 individuals with pre-hypertension.

The gold-standard method showed a direct linear relationship between increased sodium intake and increased risk of death. The team found that the Kawasaki formula suggested a J-shaped curve, which would imply that both low levels and high levels of sodium consumption were associated with increased mortality.

“Our findings indicate that inaccurate measurement of sodium intake could be an important contributor to the paradoxical J-shaped findings reported in some cohort studies. Epidemiological studies should not associate health outcomes with unreliable estimates of sodium intake,” the authors wrote.

A common indicator of neurobiological disturbance among the elderly may also be associated with mortality, according to a study published August 9, 2017 in the open access journal PLOS ONE by Nicole A. Kochan at the Centre for Healthy Brain Ageing (CHeBA), UNSW Sydney.

Intraindividual reaction time variability (IIVRT), defined as an individual’s variation in reaction times when completing a single cognitive task across several trials, has been associated with mild cognitive decline, dementia and Parkinson’s disease. The authors of this study investigated whether IIVRT is also associated with mortality in old age by following a cohort of 861 adults aged 70 years to 90 years over an eight-year period.

Kochan and colleagues tested the participants’ baseline reaction time by having them complete two brief computerized cognitive tasks comprising 76 trials to measure the average reaction time and the extent of variation over the trials. Every two years, research psychologists followed up on the participants and conducted a comprehensive medical assessment including a battery of neuropsychological tests to assess the participants’ cognitive function. Cases were also reviewed by a panel of experts to determine a dementia diagnosis in each two year follow-up, and mortality data was collected from the state registry.

Study results indicate that greater IIVRT predicted all-cause mortality, but the average RT did not predict time to death. Researchers found that other risks factors associated with mortality such as dementia, cardiovascular risk and age could not explain the association between IIVRT and mortality prediction. The authors suggested that IIVRT could therefore be an independent predictor of shorter time death.

I have just run across this amazing test that is utterly simple to take yet profound in its revelations. How much difficulty middle-aged and older adults have sitting down and rising up off the floor actually seems to give indications of the chances of long-term survival.

The more support a person needs to get down to the floor and up from it, the more likely that person has a lower chance of living a long life, according to a study published in the European Journal of Preventative Cardiology.

Each of the two basic movements was assessed and scored out of 5, with one point being subtracted from 5 for each support used (hand or knee, for example). Subjects were thus assessed by a composite score of 0 to 10. END_OF_DOCUMENT_TOKEN_TO_BE_REPLACED

How much longer to live – Infographic

Since the object of this blog is to live past 100, I thought this infographic with the obstacles in our way might be useful.

This infographic displays data from the World Health Organization’s “Projections of mortality and causes of death, 2015 and 2030.” The report details all deaths in 2015 by cause and makes predictions for 2030, giving an impression of how global health will develop over the next 14 years.

Consuming higher amounts of unsaturated fats was associated with lower mortality, according to a study from Harvard T.H. Chan School of Public Health.

In a large study population followed for more than three decades, researchers found that higher consumption of saturated and trans fats was linked with higher mortality compared with the same number of calories from carbohydrates. Most importantly, replacing saturated fats with unsaturated fats conferred substantial health benefits. This study provides further support for the 2015-2020 Dietary Guidelines for Americans that emphasize the types of fat rather than total amount of fat in the diet. 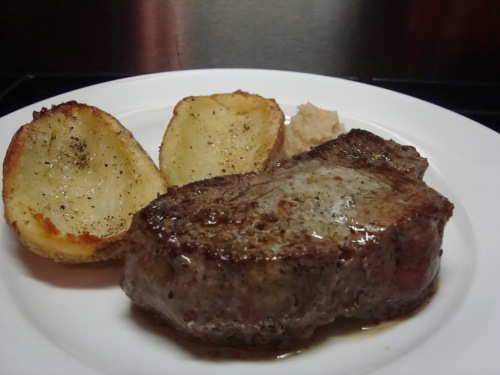 The traditional meat and potatoes dinner is not the way to go.

The study is the most detailed and powerful examination to date on how dietary fats impact health. It suggests that replacing saturated fats like butter, lard, and fat in red meat with unsaturated fats from plant-based foods—like olive oil, canola oil, and soybean oil—can confer substantial health benefits and should continue to be a key message in dietary recommendations. (My emphasis)

I have just run across this amazing test that is utterly simple to take yet profound in its revelations. How much difficulty middle-aged and older adults have sitting down and rising up off the floor actually seems to give indications of the chances of long-term survival.

The more support a person needs to get down to the floor and up from it, the more likely that person has a lower chance of living a long life, according to a study published in the European Journal of Preventative Cardiology.

Each of the two basic movements was assessed and scored out of 5, with one point being subtracted from 5 for each support used (hand or knee, for example). Subjects were thus assessed by a composite score of 0 to 10,

The study, performed in Brazil by Dr. Claudio Gil Araujo and colleagues, included more than 2000 middle-aged and older men and women.

Over the study period 159 subjects died, a mortality rate of 7.9%. The majority of these deaths occurred in people with low test scores – indeed, only two of the deaths were in subjects who gained a composite score of 10. Analysis found that survival in each of the four categories differed with high statistical significance. These differences persisted when results were controlled for age, gender and body mass index (BMI), suggesting that the sitting-rising test score is a significant predictor of all-cause mortality; indeed, subjects in the lower score range had a 5-6 times higher risk of death than those in the reference group.

Commenting on the results, the investigators said that a high score in the sitting-rising test might “reflect the capacity to successfully perform a wide range of activities of daily living, such as bending over to pick up a newspaper or a pair of glasses from under a table.”

Offering an explanation for the close correlation between the test scores and survival, Dr Araújo said: “It is well known that aerobic fitness is strongly related to survival, but our study also shows that maintaining high levels of body flexibility, muscle strength, power-to-body weight ratio and co-ordination are not only good for performing daily activities but have a favorable influence on life expectancy.

“When compared to other approaches to functional testing,” added Dr Araújo, “the sitting-rising test does not require specific equipment and is safe, easy to apply in a short time period (less than 2 minutes), and reliably scored. In our clinical practice, the test has been shown over the past ten years to be useful and practical for application to a large spectrum of populations, ranging from pediatric to geriatric.”

Dr. Araújo emphasized the great potential of the sitting-rising test among primary care physicians looking for a quick appraisal of musculo-skeletal fitness in clinical or industrial settings. “If a middle-aged or older man or woman can sit and rise from the floor using just one hand – or even better without the help of a hand – they are not only in the higher quartile of musculo-skeletal fitness but their survival prognosis is probably better than that of those unable to do so.”

Today is my 57th birthday and it likely will mean lots of food. We have a family dinner planned at a wonderful, relatively new Chicago place, more on that in a future post.

I’m assuming there will be cake of some kind at work, a bittersweet birthday there as I’ll be leaving soon for a new job and I’ll miss my team deeply.

For me, it’s also a significant birthday because my dad died of a heart attack when he was 67. That means I could have only 10 years to go if my heart were to give out when his did.
END_OF_DOCUMENT_TOKEN_TO_BE_REPLACED