The bacteria that live in our gut have a critical role in helping or hurting our health. A new study found intake of some foods was consistently associated with the presence of “bad” bacteria, and others with “good” bacteria, according to the Tufts Health & Nutrition Letter.

The researchers examined bacteria in the stool of over 1,400 individuals in the Netherlands and compared this with self-reported food intake. A little less than half the participants had a diagnosed digestive disorder (inflammatory bowel disease or irritable bowel syndrome), and the rest were representative of the general population. Overall, processed foods, animal products, sugar, and fast food were consistently associated with the presence of more “bad” bacteria—those likely to produce endotoxins that damage the gut’s mucus layer—whereas higher intake of minimally processed plant foods and fish was associated with bacteria species involved in healthier nutrient metabolism and the production of beneficial compounds. This study supports a growing body of evidence that feeding ourselves—and our gut bacteria—well is an important pathway for good health.

Scientists continue to find evidence that the brain and gastrointestinal tract are closely linked—and that keeping one healthy will benefit the other.

The brain and gut are connected, but the exact nature of that connection is still a mystery. Research suggests, however, that the better we treat our guts, the healthier our brains will be, and vice versa.

Encompassing all the organs that process food, the gut consists of the mouth, esophagus, stomach, pancreas, liver, gallbladder, small intestine, and large intestine, which includes the colon and rectum. Scientists have been studying the gut components to better understand how they may put people at risk for Alzheimer’s disease, multiple sclerosis, Parkinson’s disease, and other neurologic disorders.

“The notion of gastrointestinal health, and thus normal gut flora, may be as old as medicine itself,” says Michael G. Schlossmacher, MD, endowed chair in neurodegeneration at Canada’s Ottawa Hospital Research Institute and co-director of the Parkinson Research Consortium.

Living within the gut are trillions of microorganisms, including bacteria, fungi, protozoa, and viruses. These microbes aid multiple bodily functions, like breaking down food, producing vitamins, responding to pathogens, and helping the body absorb nutrients. The genes that produce these microorganisms—which also live in saliva, skin, and other body parts—and the microorganisms themselves are collectively known as the microbiome. Various factors, including genetics, lifestyle, diet, environmental exposures, and use of antibiotics, likely influence the microbiome’s composition.

Age and aging have critical effects on the gut microbiome

Researchers at Cedars-Sinai have found that aging produces significant changes in the microbiome of the human small intestine distinct from those caused by medications or illness burden. The findings have been published in the journal Cell Reports.

“By teasing out the microbial changes that occur in the small bowel with age, medication use and diseases, we hope to identify unique components of the microbial community to target for therapeutics and interventions that could promote healthy aging,” said Ruchi Mathur, MD, the study’s principal investigator.

Research exploring the gut microbiome, and its impact on health, has relied predominantly on fecal samples, which do not represent the entire gut, according to Mathur. In their study, investigators from Cedars-Sinai’s Medically Associated Science and Technology (MAST) Program analyzed samples from the small intestine–which is over 20 feet in length and has the surface area of a tennis court–for examination of the microbiome and its relationship with aging.

How the body builds a healthy relationship with ‘good’ gut bacteria

Our body’s relationship with bacteria is complex. While infectious bacteria can cause illness, our gut is also teaming with “good” bacteria that aids nutrition and helps keep us healthy. But even the “good” can have bad effects if these bacteria end up in tissues and organs where they’re not supposed to be.

Now, research published in Nature reveals insights into how the body maintains this balance. Investigations with mice demonstrate that early life is a critical time when the immune system learns to recognize gut bacteria and sets up surveillance that keeps them in check. Defects in these mechanisms could help explain why the immune system sometimes attacks good bacteria in the wrong place, causing the chronic inflammation that’s responsible for inflammatory bowel disease, the study’s authors say

To establish a healthy relationship with “good” gut bacteria, the body trains the immune system to recognize these microbes at early stages.

“From the time we are born, our immune system is set up so that it can learn as much as it can to distinguish the good from the bad,” says Matthew Bettini, Ph.D., associate professor of pathology at U of U Health and co-corresponding author with Sloan Kettering Institute immunologist Gretchen Diehl, Ph.D. “Our studies make clear that there is a window in which gut microbiota have access to the immune education process. This opens up possibilities for designing therapeutics that can influence the trajectory of the immune system during this early time point.”

Knowing the correct supplements is a must, especially when our food intake decides which kind of microorganisms thrive in our body. Here are 10 foods which can heal leaky gut and be a boon for your gut health, according to the American Fitness Professionals & Associates (AFPA).

Miso means fermented beans in Japanese. It is made from fermented soybeans and contains billions of beneficial bacteria. In Japan, many people still begin their day with a hearty bowl of miso soup to stimulate digestion and energize the body.

Miso is quite rich in essential minerals and a great source of vitamins (B, E, and K) and folic acid. It also adds the fifth element of taste (umami) to dishes like soups, broths, stews, and marinades.

Oryzae is the most important probiotic strain found in miso. Research shows that the probiotics in this condiment may help reduce symptoms linked to digestive problems, including inflammatory bowel disease (IBD).

Plant-based metabolic enzymes and probiotics, which are abundantly found in miso, can survive the journey through your intestines. They have a higher heat resistance than animal-based probiotics like the ones in most yogurts.

There’s no wonder that this Japanese superfood is being highly recommended for gut health.

Kimchi is a traditional Korean dish made by lacto-fermentation, which is also responsible for other fermented delicacies like sauerkraut (more on that later!). In the primary stage, cabbage is soaked in a salty brine that eliminates harmful bacteria.

In the next step, the surviving Lactobacillus bacteria (good bacteria) mentioned earlier as well, convert sugars into lactic acid, which preserves the vegetables and imparts flavor.

Gut-friendly bacteria can allow the production of chemicals called short-chain fatty acids, which improves the immune system by keeping it balanced.

Scientists study the link between the gut and Alzheimer’s disease

Do you know that feeling you get in your gut? It turns out your gut may really be trying to tell you something.  Our microbiome – the 100 trillion bacteria and organisms living in our gut – appears to have a profound influence on our health and risk of disease. And early scientific studies show there may be a link between the microbiome and the brain that could impact the risk of Alzheimer’s and other brain diseases.

The microbiome is a collection of bacteria, viruses and fungi that live mostly in our intestinal system. They play an important role in digestion and the production of certain vitamins, and they support our immune system. Researchers around the world study the gut microbiome, especially those bacteria unique to individuals, to learn more about their influence on our overall health.

The study, published online in the journal Environment International, is the first to link air pollution to changes in the structure and function of the human gut microbiome—the collection of trillions of microorganisms residing within us. 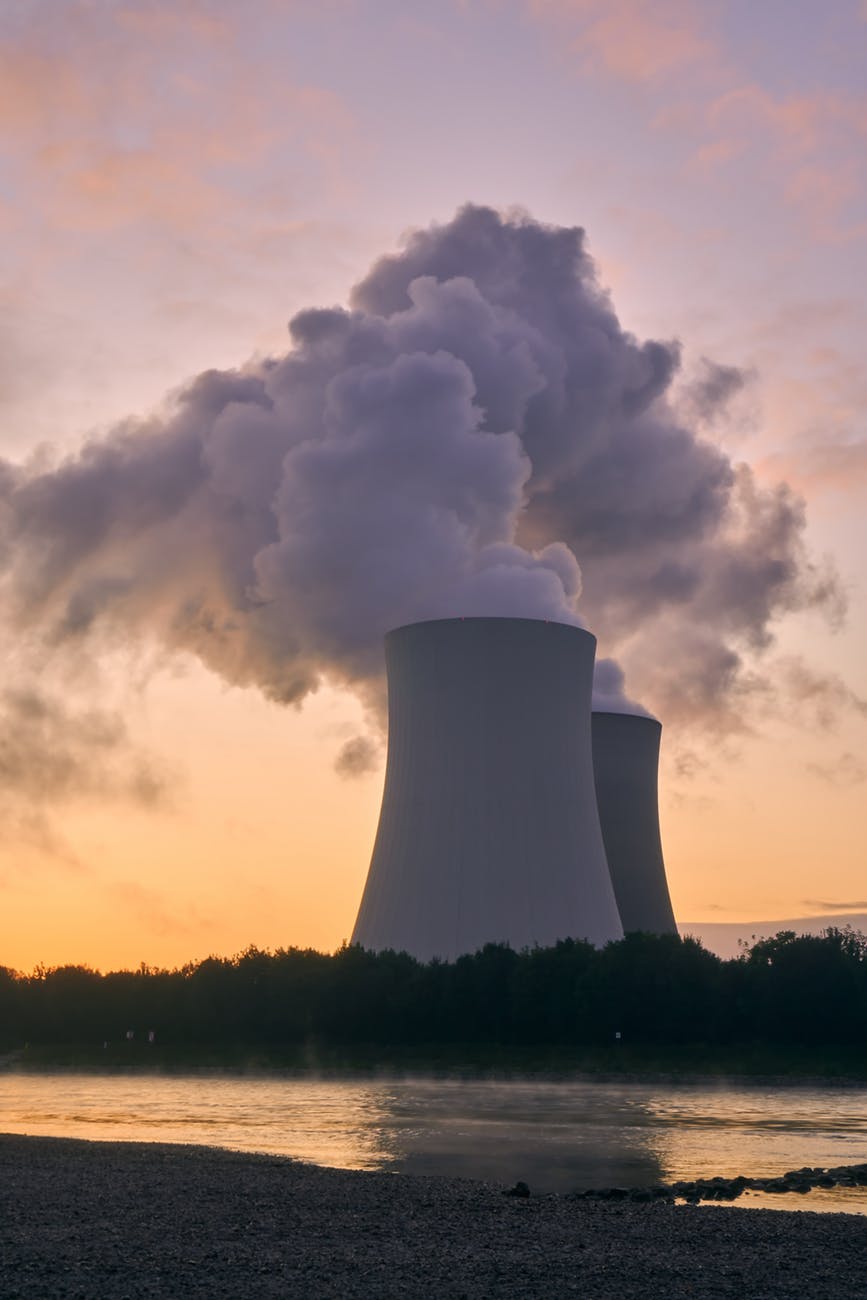 Photo by Markus Distelrath on Pexels.com

“We know from previous research that air pollutants can have a whole host of adverse health effects,” said senior author Tanya Alderete, an assistant professor of integrative physiology, pointing to studies linking smog with Type 2 diabetes, weight gain and inflammatory bowel diseases. “The takeaway from this paper is that some of those effects might be due to changes in the gut.”

END_OF_DOCUMENT_TOKEN_TO_BE_REPLACED

Researchers from Rush University Medical believe their new study will provide a mechanistic understanding of how our microbiome and diets can impact the development of Alzheimer’s disease. The study will aim to provide evidence of possible diet induced effects on gut bacteria, which could influence age associated cognitive decline.

The study will recruit 300 volunteers from another study, the Chicago MIND cohort, which aims to show whether a dietary intervention can prevent cognitive decline and age-associated changes in the brain. NeuroscienceNews.com image is in the public domain.

Are abnormal intestinal microorganisms a risk factor for developing cognitive impairment? Researchers at Rush University Medical Center are trying to answer that question with a new study that will explore how the intestinal microbiota – the bacteria in the intestine –influence the progression of cognitive decline and the development of Alzheimer’s disease.

Health care providers and researchers increasing are recognizing that the intestinal microbiota – also known as the microbiome – affects health. The human intestine contains tens of trillions of microorganisms, and humans have developed a symbiotic relationship with these bacteria in. END_OF_DOCUMENT_TOKEN_TO_BE_REPLACED

Some micro reasons to exercise

Eat less; move more; live longer. I have been preaching that for the nearly nine-year life of this blog. There are lots of ways that exercise benefits our brains as well as our bodies which I hope will protect me from cognitive damage as I age. When it comes to the trillions of microbes in my gut, however, I confess to pretty much total ignorance. They are there. They do their jobs. We get along fine.

A recent issue of the New York Times, however, had Gretchen Reynolds writing about exercise benefiting our gut microbes in some very interesting ways. Here is a link to the article if you would like to read the full details.

Below is a quote of several paragraphs which I found meaningful.

“Most of these changes were not shared from one person to the next. Everyone’s gut responded uniquely to exercise.

“But there were some similarities, the researchers found. In particular, they noted widespread increases in certain microbes that can help to produce substances called short-chain fatty acids. These fatty acids are believed to aid in reducing inflammation in the gut and the rest of the body. They also work to fight insulin resistance, a precursor to diabetes, and otherwise bolster our metabolisms. END_OF_DOCUMENT_TOKEN_TO_BE_REPLACED

Filed under Exercise, exercise benefits, gut microbes, how much exercise