Humans help each other — it’s one of the foundations of civilized society. But a new study by scientists at the University of California, Berkeley, reveals that a lack of sleep blunts this fundamental human attribute, with real-world consequences.

Lack of sleep is known to be associated with an increased risk of cardiovascular disease, depression, diabetes, hypertension and overall mortality. However, these new discoveries show that a lack of sleep also impairs our basic social conscience, making us withdraw our desire and willingness to help other people.

In one portion of the new study, the scientists showed that charitable giving in the week after the beginning of Daylight Saving Time, when residents of most states “spring forward” and lose one hour of their day, dropped by 10% — a decrease not seen in states that do not change their clocks or when states return to standard time in the fall.

I like number one about doing things for others. I have written about Random acts of kindness previously. There is also Anatomy of an act of kindness.

Of course, I love number three – Exercise. It is always a key element in health – mental or physical. 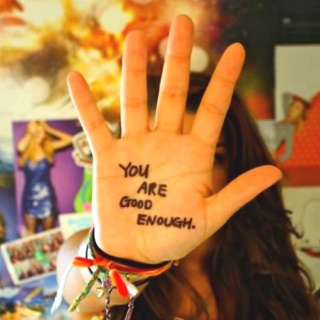 A new survey of 5,000 people has found a strong link between self-acceptance and happiness, despite the fact that it’s a habit not frequently practised.

The finding comes from a survey carried out by the charity Action for Happiness, in collaboration with Do Something Different.

For their survey, they identified ten everyday habits which science has shown can make people happier.

Here are the 10 habits, with the average ratings of survey participants on a scale of 1-10, as to how often they performed each habit: