I am a great believer in the benefits of yoga, both physical and mental. You can search yoga in the tags at the right for any of my posts on the subject. Here are two I consider worth seeing: Why should I do yoga? and Are there immediate physical benefits to yoga?

Here is what Harvard Medical School has to say on the subject: Yoga promotes physical health in multiple ways. Some of them derive from better stress management. Others come more directly from the physical movements and postures in yoga, which help promote flexibility and reduce joint pain.

Following are some of the physical benefits of yoga that have a growing body of research behind them. In addition to the conditions listed below, preliminary research also shows that yoga may help with migraines, osteoporosis, balance and mobility issues, multiple sclerosis, inflammatory bowel disease, fibromyalgia, and ADHD.

Back pain is one of the most common health problems in the United States. Four out of five Americans will suffer from it at some point. But yoga appears to help. A 2013 meta-analysis of 10 randomized controlled trials found “strong evidence for short-term effectiveness and moderate evidence for long-term effectiveness of yoga for chronic low-back pain.” In fact, since 2007, the American Society of Pain guidelines have urged physicians to consider recommending yoga to patients with long-term pain in the lower back.

END_OF_DOCUMENT_TOKEN_TO_BE_REPLACED

How Good is Vitamin D For You? – Infographic

I have written about the importance of sleep a number of times. Now, the U.S. Dept of Health and Human Services  through its HealthDay News says,  “Waking up and not feeling rested isn’t just annoying. Researchers say that “non-restorative sleep” is the biggest risk factor for the development of widespread pain in older adults.

Widespread pain that affects different parts of the body — the main characteristic of fibromyalgia — affects 15 percent of women and 10 percent of men over age 50, according to previous studies. 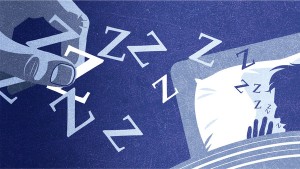 To identify the triggers of such widespread pain, British researchers compiled demographic data as well as information on the pain and physical and mental health of more than 4,300 adults older than 50. About 2,700 had some pain at the study’s start, but none had widespread pain.

The results, published Feb. 13 in Arthritis & Rheumatology, show that restless sleep as well as anxiety, memory problems and poor health play a role in the development of this type of pain.

Three years after the study began, 19 percent of the participants had new widespread pain, the researchers found.

“While osteoarthritis is linked to new onset of widespread pain, our findings also found that poor sleep, [memory], and physical and psychological health may increase pain risk,” concluded the study’s leader, Dr. John McBeth, from the arthritis research center at Keele University in Staffordshire, England.

“Combined interventions that treat both site-specific and widespread pain are needed for older adults,” McBeth added in a journal news release.

Increasing age, however, was linked to a lower chance of developing widespread pain. Muscle, bone and nerve pain is more common among older people. Up to 80 percent of people 65 and older experience some form of pain on a daily basis, according to the news release.

To read further on the value of sleep – How Important is a Good Night’s Sleep.