Not all public figures are equally beloved, and sometimes when more controversial celebrities get sick, it may negatively affect people’s health intentions. In a study of people’s reactions to radio host Rush Limbaugh’s announcement of a lung cancer diagnosis and Kentucky Sen. Rand Paul’s announcement of a diagnosis of COVID-19, researchers at Penn State found that those who took pleasure in their misfortune were themselves less likely to take steps to prevent lung cancer or COVID-19.

“Schadenfreude is the emotion of feeling pleasure in another’s misfortune,” said Jessica Gall Myrick, associate professor of media studies. “In our study, after learning the news of a politician’s illness, if people felt schadenfreude, they were much less likely to intend to take the actions that would prevent either lung cancer or COVID-19.”

In general, previous research by Myrick has found that coverage of celebrity ailments can raise public awareness of serious illnesses, which can then serve as a motivation for people to avoid bad activities or start new healthy routines. But most studies on the topic examine how the public responds to well-liked celebrities. Respondents were not asked if they liked or disliked the person reporting the illness in the current study, but rather if they felt schadenfreude upon hearing the news of Limbaugh and Paul.

What About Heroes Without Empathy?

I am asking about heroes without empathy because I really don’t know the answer  Over the past few years, we have been offered several heroes that have become hugely popular yet who do not seem to care at all about other people. They have no empathy.

Empathy is defined as “the ability to understand and share the feelings of another.” Wikipedia says, “By the age of two, children normally begin to display the fundamental behaviors of empathy by having an emotional response that corresponds with another person.”

A hero is someone admired for achievements and noble qualities. Someone who demonstrates a lot of courage. The heroes below are over the top on achievements, but seem utterly lacking in empathy, a quality I consider a noble one.

I like movies and TV and as a retired guy indulge in my share. I am thinking of two heroes of popular TV shows and one of books and movies. 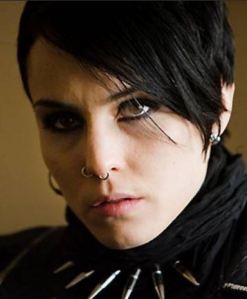 Lisbeth Salander is The Girl With the Dragon Tattoo who Kicked the Hornet’s Nest and Played with Fire in Stieg Larsson’s captivating and very popular trilogy. Abused as a child, Lisbeth forged a successful life for herself that included physical combat, computer hacking, bisexuality, higher mathematics and a general off the grid existence. She hijacked the focus of millions of fans worldwide, but appeared incapable of fathoming the feelings of the person seated across from her in a room. Lisbeth is the first of my three heroes.

The Big Bang Theory’s Sheldon Cooper is  number two. A Cal-tech theoretical physicist, according to Wikipedia, “Sheldon exhibits a strict adherence to routine, a total lack of social skills, a tenuous understanding of irony, sarcasm, and humor, and a general lack of humility or empathy.”

Jim Parsons who plays Sheldon has won Primetime Emmys, a Golden Globe Award, A TCA Award and a Critics’ Choice Television Award for his work on the series.

Sheldon dominates his roommate, Leonard, with The Roommate Agreement, a multi-page document that Leonard signed to come aboard. It is heavily weighted in Sheldon’s favor. He has a similar agreement with his girlfriend, Amy Farrah Fowler, about which she laments in one episode that she didn’t consult with a lawyer before signing.

Unlike Lisbeth Salander’s crushingly dark character, Sheldon is a bright incredibly comic character whose antics propel The Big Bang Theory to the top of the sitcom charts every year. 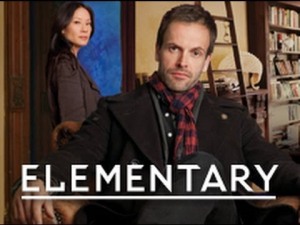 The third hero is none other than Sherlock Holmes himself, in his latest incarnation on TV’s Elementary. Brought to life by Jonny Lee Miller, Holmes is a recovering drug addict with the lovely Lucy Liu as his ‘sober companion’ Dr. Joan Watson.
END_OF_DOCUMENT_TOKEN_TO_BE_REPLACED