Your ticket to ride …

I am thrilled to report that today marks the 17th anniversary of my retirement. On October 2 of 2000, I bade the financial world adieu and started my life as a guy who didn’t have to get up for work every day.

I got my first job at the age of 10 sweeping the floor of a dry cleaner and continued to work till I reached 60. Although my degree is in Finance, I went into the publishing world writing and editing. I liked markets, but always knew I would write. I wrote and practiced journalism for most of my career, spending 20 years working for Reuters covering markets and then teaching journalism at the Medill School of Journalism at Northwestern University for several years. Because I had written about markets for 30 years, my boss at a major philanthropy asked me if I would like to manage some money. So, I managed $900 million in bond investments for the final five years of my working life.

No mas. I thought I would celebrate with this biking post. When I was working I used to tell my friends at the office that when I retired I was going to ride my bike on the Chicago lakefront every day. They thought that was funny. I was never more serious.

You all know how I ride my bike nearly every day year ’round here in Chicago. I do it because I love it. Period. Everything else is gravy.

I am always excited to run across items like the ones below. They point to some of the fun I get cycling. If you aren’t doing it, or haven’t done it for a while, think about giving it a spin. You might find that flying across the pavement feels really nice. As you can see from the infographic below, there are some notable physical benefits, too. 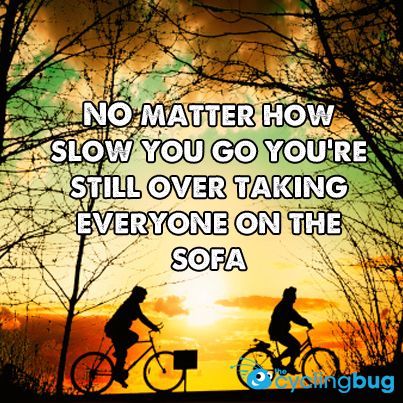 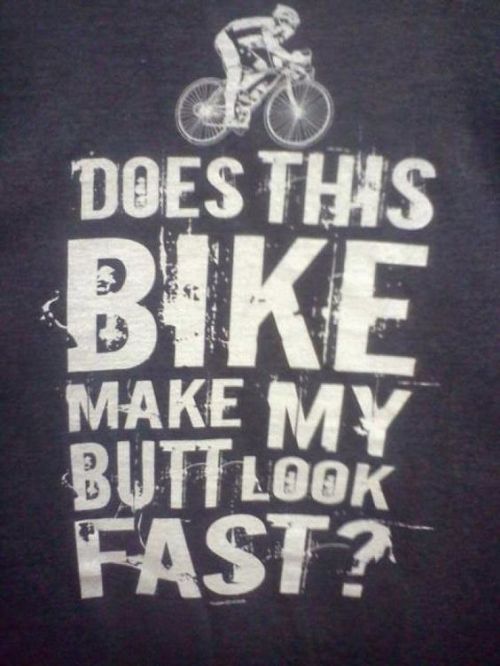 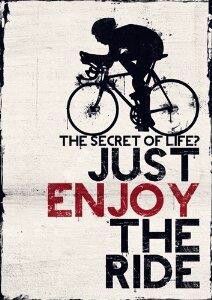 Mark Twain famously said, “Get a bicycle. You will not regret it. If you live.”

Few people realize that he was talking about riding the penny farthing bicycle which had a huge front wheel and took some skill to master. If you want a fun read on his adventure, you can experience Mark Twain in the original – Taming the bicycle.

But I digressed. New research by the University of Glasgow and published in the BMJ, has found that cycling to work is associated with a 45% lower risk of developing cancer and a 46% lower risk of heart disease, compared to a non-active commute.

Overall the study found that commuters who cycled were associated with a 41% lower risk of premature death.

This study analyzed data from 264,337 participants from UK Biobank who were asked questions about their usual mode of commuting to work and then followed up for 5 years. The new cases of cancer, heart attacks and deaths in that 5-year period were assessed and related to their mode of commuting.

The researchers believe that their findings suggest that policies designed to make it easier for people to commute by bike may present major opportunities for public health improvement.

Dr Jason Gill, from the Institute of Cardiovascular and Medical Sciences, said: “Cycling all or part of the way to work was associated with substantially lower risk of adverse health outcomes. Those who cycled the full length of their commute had an over 40% lower risk of heart disease, cancer and overall mortality over the 5 years of follow-up.

“If these associations are causal, these findings suggest that policies designed to make it easier for people to commute by bike, such as cycle lanes, city bike hire, subsidized cycle purchase schemes and increasing provision for cycles on public transport may present major opportunities for public health improvement.”

The greater benefits seen with cycling compared with walking may be because cycle commuters covered longer distances in their commutes than the walkers, the intensity of cycling is higher than walking and the cycle commuters had higher levels of fitness

Dr Carlos Celis-Morales, said: “Walking to work was associated with lower risk of heart disease, but unlike cycling was not associated with a significantly lower risk of cancer or overall death. This may be because walkers commuted shorter distances than cyclists – typically 6 miles per week, compared with 30 miles per week – and walking is generally a lower intensity of exercise than cycling.”

For the record, I consider walking to be the Cinderella of the exercise world – totally unappreciated. Check out my Page – Why you should walk more for additional details.

As regular readers know I ride my bike pretty much daily here in Chicago. So I enjoy pics of bikes. Herewith some of my collection:

I love these interesting and very positive facts about biking.

Besides being fact-filled, I thought this one looked like a lot of fun. 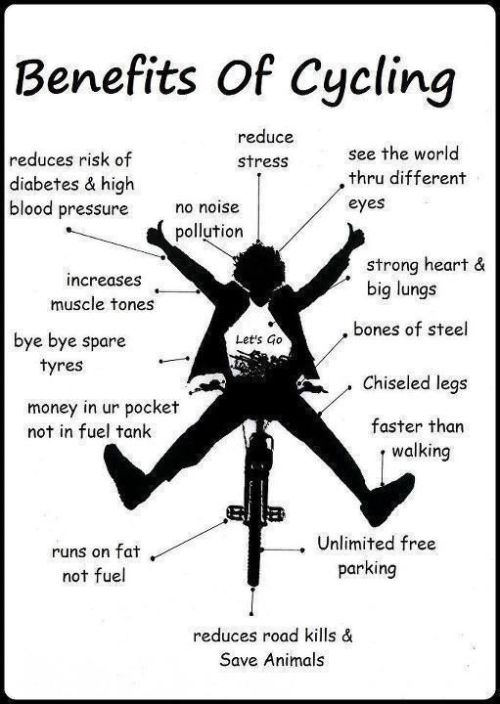 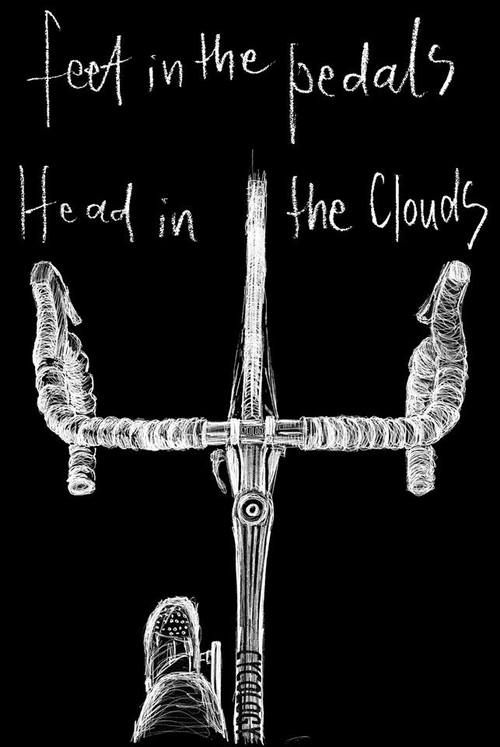 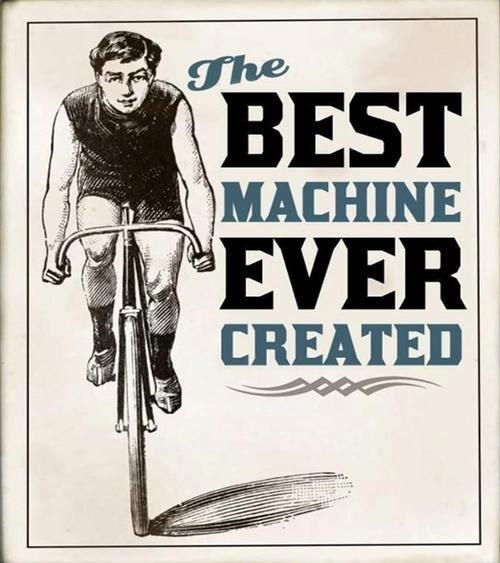 Nothing more to say.