A plant-based diet can help prevent and manage asthma, while dairy products and high-fat foods raise the risk, according to a new review published in Nutrition Reviews.

Asthma is a common chronic condition in which the airways become narrow and inflamed–sometimes leading to difficulty with breathing, coughing, wheezing, and shortness of breath.

“Asthma is a condition that affects more than 25 million Americans, and unfortunately it can make people more vulnerable in the COVID-19 outbreak,” says study author Hana Kahleova, MD, PhD, director of clinical research for the Physicians Committee. “This research offers hope that dietary changes could be helpful.” END_OF_DOCUMENT_TOKEN_TO_BE_REPLACED

As regular readers know, I am a dog lover . I have posted about my poodle, Gabi, a number of times. She accompanies me on about 5000 miles of bikes rides every year. So, I was very pleased to run across this item by Honor Whiteman on Medical News Today.

The United States is a nation of animal lovers; more than 65 percent of households own a pet, with dogs and cats being the most popular choice.

It is no surprise that so many of us have a pet in our lives; not only are animals fantastic company, but they also teach us compassion and offer unconditional love.

As British novelist George Eliot once said, “Animals are such agreeable friends – they ask no questions; they pass no criticisms.”

Adding to pets’ indisputable charm is the wealth of benefits they offer for human health and well-being. We take a closer look at what these are.

Around 50 million people in the U.S. have nasal allergies, and pet dander is one of the most common triggers.With this in mind, it may come as a surprise that pets could actually lower the risk of developing allergies.

One study reported by Medical News Today in 2015 associated exposure to dogs and farm animals in early life with a lower risk of asthma development by school age.

More recent research published in the journal Microbiome found that children who were exposed to household pets prior to birth and up to 3 months after experienced changes in gut bacteria associated with childhood allergies. END_OF_DOCUMENT_TOKEN_TO_BE_REPLACED

Regular readers know that my mantra is eat less; move more; live longer. You have read it dozens of times here. We have a population with 60 per cent of us overweight and 30 per cent outright obese. So it is nice to see the benefits of exercise stressed even for folks suffering from asthma in this study. 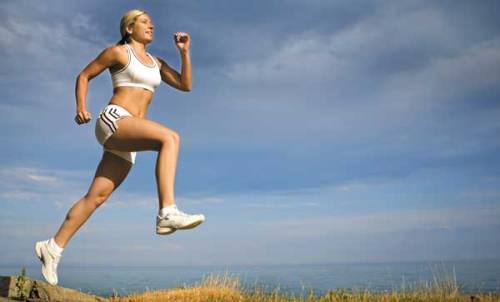 “We need to keep in mind that doing something is better than nothing, and doing more is better than less,” says Concordia professor Simon Bacon. “Even the smallest amount of activity is beneficial.”

Three million Canadians suffer from asthma. Sixty per cent of them report having poor control of their symptoms. Fortunately, new research shows there is a simple antidote: 30 minutes of exercise a day, year-round. (One of the benefits of my Apple Watch is that it tracks movement and lets me know when I have completed 30 minutes of bike riding, dog walking, etc.)

In a study recently published in BMJ Open Respiratory Research, experts from Concordia University, the Hôpital du Sacré-Coeur de Montréal and several other institutions* analyzed the exercise habits of more than 600 participants who had been diagnosed with asthma.

Results were overwhelmingly clear: those who engaged in optimal levels of physical activity on a regular basis were nearly two-and-a-half times more likely to have good control of their symptoms, compared with those who did no exercise.

The workout doesn’t have to be strenuous. “We’re not talking about running marathons here,” says Simon Bacon, the study’s lead author and a professor in the Department of Exercise Science at Concordia. “Just 30 minutes a day of walking, riding a bike, doing yoga — anything active, really — can result in significant reduction of asthma symptoms.”

Traditionally, people with the condition have been discouraged from exercising because of a belief that it triggers shortness of breath and attacks. Bacon explains that simple precautionary measures can be taken to avoid the discomforts that can be caused by physical activity.

“The issue of exercise-induced bronchospasm is real — but if you use your releaver medication, blue puffer, before you exercise, and then take the time to cool down afterwards, you should be okay,” he says. “Even if you have asthma, there’s no good reason not to get out there and exercise.”

That’s a message Bacon hopes resonates. Within his sample group of 643 individuals, a whopping 245 reported doing no physical activity. Only 100 said they engaged in the optimal 30 minutes a day.

“Those numbers reflect the population in general,” says Bacon, who is also director of the Centre de réadaptation Jean-Jacques-Gauthier at Hopital du Sacré-Coeur. Forty per cent of people don’t exercise at all, he says.

“We need to keep in mind that doing something is better than nothing, and doing more is better than less. Even the smallest amount of activity is beneficial.”

It’s something to keep in mind during winter months, when fitness levels tend to drop along with the temperature, and cold air provides another trigger for asthma symptoms.

“Our study shows that those who were able to engage in physical activity on a regular basis year-round benefit most,” says Bacon. If necessary, he suggests finding an indoor place to move, whether it’s the gym, a staircase or a shopping mall.

“It’s all about being creative and finding environments where the cold doesn’t become an issue.”

Could a prescription for exercise be the result of this study? Bacon is hopeful. “It would be great to see physicians recommending physical activity to patients with asthma, alongside traditional pharmacological treatments,” he says.

Before leaving the subject of exercise, please keep in mind the benefits to the brain, too. Check out my Page – Important Facts About Your Brain (and Exercise Benefits).

Watermelon offers lots of beta-carotene and another antioxidant, vitamin C. Besides helping lycopene to ward off cancer, these vitamins also battle heart disease, arthritis, and asthma.

As regular readers know I am a big fan of watermelon. You can read further here:
How healthy is watermelon?
Dr. Oz on eating watermelon

Cook Up a Story

Click  for an up-dated version, with more photos and a new recipe.

Who would have thought the common watermelon is a berry? Botanists call its fruit a pepo, a special kind of berry with a thick rind and fleshy center.

Like other berries we love, the watermelon is packed with goodness. It has the most nutrition per calorie of any common food. Click the link for the latest info.

How Damaging are Soft Drinks?

After doing alcohol in the previous post it seems fitting to go into the soft drink world for the next.

To read further details on soft drinks be sure to check out my Page – What’s Wrong With Soft Drinks?