As we enter the second week of October it’s time to keep an eye peeled for the first Christmas decorations ….

Caffeine and Your Brain – NIH

A hot cup of coffee or tea is a highlight of the morning for some people. It can make you feel awake and alert. Caffeine is the chemical that causes these sensations. But does caffeine have other effects on the brain?

Caffeine is found naturally in tea and coffee. But it is added to energy drinks and many types of soda. It’s even put in some snack foods and medications. More than eight out of 10 adults in the U.S. consume caffeine in some form.

So how does caffeine wake you up? Your body naturally produces a chemical called adenosine. It builds up in your body during the day.

I am rerunning this ‘oldie, but goodie’ because sometimes we just need to be reminded of the basics of good health.

Over 50 per cent of Americans do not get the recommended 150 minutes a week of moderate to vigorous physical activity. Can it be any wonder that health care costs grow every year when there are so many of us who fail to do the minimum to keep ourselves healthy?

Ask yourself – “Am I making an effort or making excuses?” Some 14 per cent of visitors to a recent American Heart Association (AHA) survey said that they did not like exercising.

The AHA offers the following tips for those folks:

I thought I would pass them on. They quote Mercedes Carnethon, Ph.D., associate professor of preventive medicine at Northwestern University’s Feinberg School of Medicine as the source.

1. Find exercise that suits you
If you are social, do something that engages you, a group exercise class, kickball team or walk with a group of friends. If solo is more…

I will repeat, yet again, my extreme interest in the brain aging stemming from the fact that my family has had three cases of dementia or Alzheimer’s Disease. My grandfather, my mother and her sister all had it.

Although it’s normal for brainpower to decline as people age, it’s not inevitable, studies show. Some people remain cognitively sharp into their 80s, 90s, and beyond, defying the common assumption that cognitive decline is a natural part of aging, according to the National Institute on Aging.

These lucky few, called cognitive super agers, perform demonstrably better on memory tests, such as remembering past events or recalling a list of words, compared with other adults their age. NIA-supported researchers are exploring the factors that set these people apart so the knowledge can be used to help others prevent or reverse age-related cognitive decline.

Eat less; move more; live longer has been the mantra of this blog for years. It may be that think better can be added to it.

If sport is good for the body, it also seems to be good for the brain. By evaluating memory performance following a sport session, neuroscientists from the University of Geneva (UNIGE) demonstrate that an intensive physical exercise session as short as 15 minutes on a bicycle improves memory, including the acquisition of new motor skills. How? Through the action of endocanabinoids, molecules known to increase synaptic plasticity. This study, to be read in the journal Scientific Reports, highlights the virtues of sport for both health and education. School programmes and strategies aimed at reducing the effects of neurodegeneration on memory could indeed benefit from it.

Some 20 years ago today I started my retirement. If you have a hard time believing that, don’t feel bad, so do I. For my 80th birthday, last January, my girlfriend gave me a T shirt that says “I thought growing old would take longer.” Truer words were never spoken, or written on a T shirt.

To celebrate this retirement milestone, I would like to pass on to you what I consider to be the most important information you can get regarding retirement.

“Retirement refers to the time of life when one chooses to permanently leave the workforce behind.”

A mindfulness-based stress reduction (MBSR) course was found to benefit patients with chronic pain and depression, leading to significant improvement in participant perceptions of pain, mood and functional capacity, according to a study in the Journal of the American Osteopathic Association. Most of the study respondents (89%) reported the program helped them find ways to better cope with their pain while 11% remained neutral.

Chronic pain is a common and serious medical condition affecting an estimated 100 million people in the United States, which correlates with annual costs of approximately $635 billion. The small-scale study was conducted in a semi-rural population in Oregon where issues of affordability, addiction and access to care are common. Participants received intensive instruction in mindfulness meditation and mindful hatha yoga during an eight-week period.

I hope you have a happy weekend starting with this first week of October.

Can the common cold help protect you from COVID-19?

A new study provides evidence that the seasonal colds you’ve had in the past could protect you from COVID-19. The study also suggests that immunity to COVID-19 is likely to last a long time — maybe even a lifetime.

Seasonal colds are by all accounts no fun, but new research suggests the colds you’ve had in the past may provide some protection from COVID-19. The study, authored by infectious disease experts at the University of Rochester Medical Center, also suggests that immunity to COVID-19 is likely to last a long time — maybe even a lifetime.

Subtle differences in cognition may help identify individuals at risk for becoming dependent years later upon others to complete daily activities, such as managing medications or finances and other essential activities.

Writing in the September 29, 2020 online issue of the Journal of Alzheimer’s Disease, researchers at University of California San Diego School of Medicine, with colleagues elsewhere, linked poorer cognitive performance in a single testing with subsequent greater risk for impaired daily life activities nearly a decade later.

The study involved a diverse but understudied cohort of Latinos living in the United States. Outcomes were most severe for individuals 70 years and older, but gender and ethnic background, such as Mexican or Puerto Rican, were not significant differentiators. The authors said the findings in sum highlight the need for early preventive care across Latinos and Latinas of various backgrounds.

In a population of relatively young and healthy U.S. Army active-duty soldiers, we found that those who tested highest for optimism at the start of the study had a 22% lower risk of developing hypertension during three-and-a-half years of follow-up than those who scored the lowest. We know that people in the military are more susceptible to early-onset hypertension because of the stressors associated with their jobs (for example, combat exposure), so it was striking to see that much of a protective effect—and also that the finding held for both women and men, and across racial and ethnic groups, according to a Harvard School of Health study that found a link between optimism and hypertension.

We took into account of a lot of other factors that might have explained away the apparent effects of optimism, including number of deployments, smoking, and levels of depression, but none of them substantially altered our key finding. People who are optimistic don’t tend to be depressed, but our analysis further suggests that optimism confirms protection over and above signaling the absence of a risk factor—it’s a positive health asset.

Scientists at Johns Hopkins Medicine using MRI scans and computer modeling say they have further pinpointed areas of the human brain that regulate efforts to deal with fatigue.

The findings, they say, could advance the development of behavioral and other strategies that increase physical performance in healthy people, and also illuminate the neural mechanisms that contribute to fatigue in people with depression, multiple sclerosis and stroke.

Results of the research were published online in Nature Communications.

Can you have the coronavirus and the flu at the same time?

Can you get the seasonal flu along with the raging coronavirus at the same time? That may be the question on everyone’s mind this pandemic pre-flu season. The following is what Johns Hopkins Medicine has to say on the subject.

Unfortunately, yes — and if you have the coronavirus and the flu at the same time, the resulting impact could be even more severe than having either infection alone. By this fall, some areas may have a test available that can look for both the coronavirus and flu viruses so you only need one test. 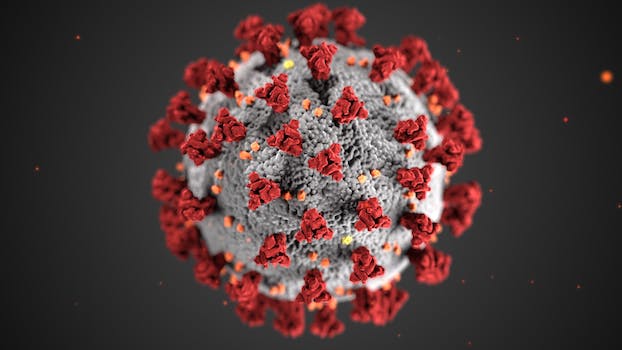 Insomnia is characterized by reports of difficulty falling asleep, difficulty staying asleep or waking up too early and not being able to get back to sleep. When these symptoms occur at least 3 nights a week and for at least 3 months, it is considered a chronic disorder. Researchers found that adults who reported insomnia and obtained less than six hours of measured sleep in the laboratory were two times more likely to have cognitive impairment than people with the same insomnia complaints who got six or more hours of sleep in the lab. The study results were published in the journal SLEEP on September 24.

Sweet success: Heavy consumption of sugary beverages declined in the US from 2003 to 2016

Finally, there is some good news to report on our addiction to sugary beverages in this country.

I don’t know about you, but I have a hard time believing that we are getting close to October. Have a great weekend!