I am now entering my eighth day of no bike riding. Regular readers will find this unusual. Not as much as I do. Unfortunately, I have come down with a bronchial infection that completely wipes out my energy. It started last Sunday during Chicago’s famous Bike the Drive ride. I wrote about Bike the Drive earlier this year. I rode the last eight miles of the ride last week against the wind while fighting a fever. It was a v e r y long eight miles – the dog rides in her basket, so we are talking about me propelling a 50 pound bike. When I got home I slept for three hours, but that was just the beginning. For the next few days, fighting a fever I did not know if it was night or day.  I wasn’t able to get to the doctor until Wednesday. By then the fever had gone, but the coughing and low energy remained. Because it is viral there isn’t any medicine I can take to fight it.

My biggest problem these days, besides getting some walking in, is the annoying cough spasms. I found the following cough remedies at Medical News Today for anyone else who may be suffering from a summer cold.

Coughs play a role in clearing irritants and infections from the body, but persistent coughing can be annoying. The best treatment for a cough will depend on its underlying cause. There are many possible causes of coughs, including allergies, infections, and acid reflux. END_OF_DOCUMENT_TOKEN_TO_BE_REPLACED

Feeling young could mean your brain is aging more slowly

As a 78-year-old writing blog on diet, exercise and living past 100, I am keenly interested in everything that reflects on the brain and its part in aging, as well as the actual aging of the brain itself. Remember, I have three cases of dementia in my family including one certain one of Alzheimer’s. 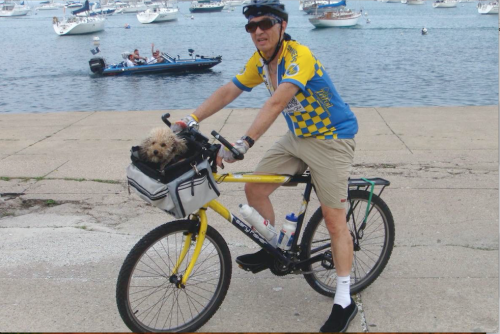 This is a shot of my dog and me riding on the Chicago Lakefront last year.

We tend to think of aging as a fixed process, where our bodies and minds change steadily. However, the passing years affect everyone differently. How old we feel, which is called our subjective age, also varies between people—with many feeling older or younger than their actual age. END_OF_DOCUMENT_TOKEN_TO_BE_REPLACED

I just ran across this infographic and thought it might be of interest to cyclists, but wait, maybe folks who don’t ride might enjoy it, too.

What do you think?

As a variation on my weekly funnies I wanted to share some pics I ran across on one of my favorite subjects – riding a bicycle. I think there is some really cool ink here. 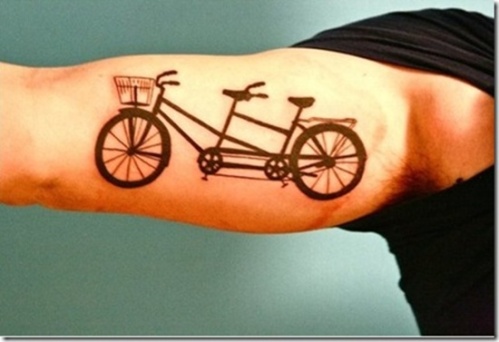 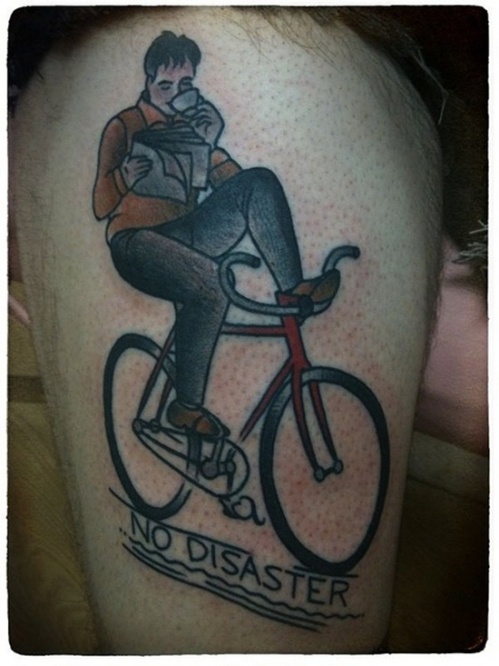 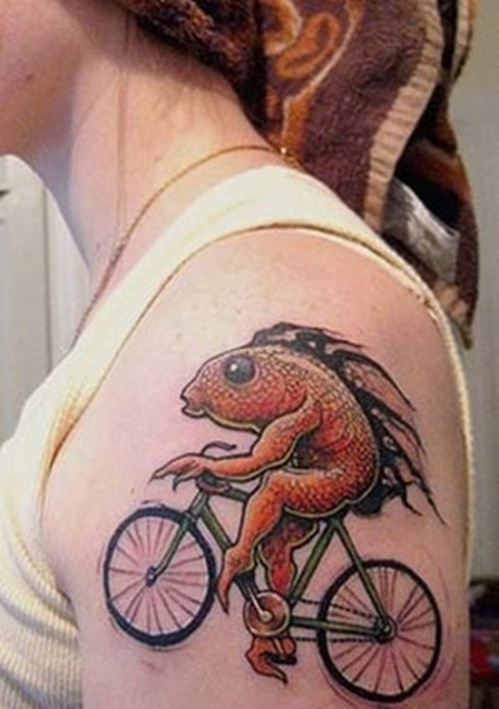 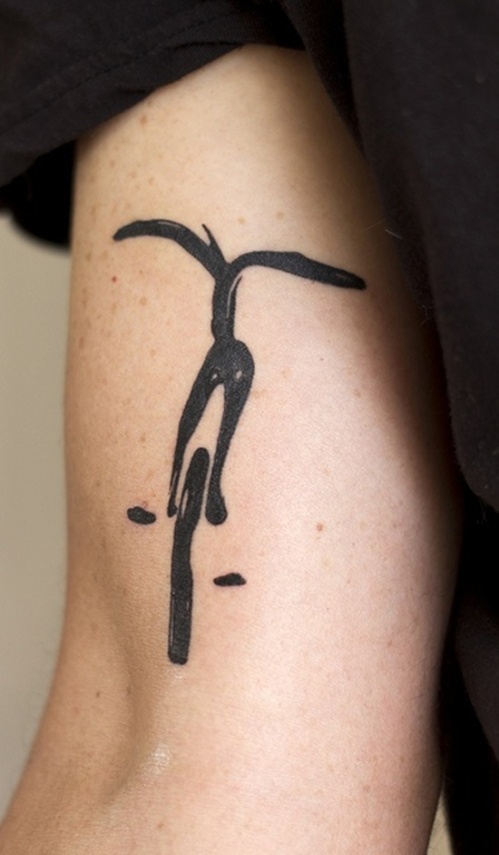 I must confess I am seriously considering adding one of the above tats to me.

Have a great weekend!

There will be lots of celebrations of the bicycle in the coming four weeks because May is National Bicycle Month. As regular readers know, I ride around 7000 miles a year, an average of over 20 miles per day. So cycling is a labor of love for me.

I have tried to explain to myself first as well as others who asked, why I love to ride my bike. Until recently, the best I could come up with is that I feel like I am flying. Not soaring high, just flying along several feet above the bike path. 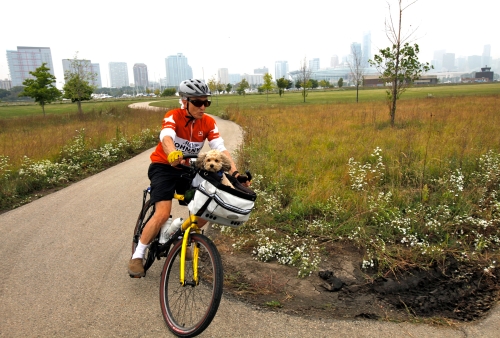 Riding on Northerly Island in Chicago

I know that when I ride, I am at once totally in the moment of propelling the bike forward and at the same time I experience a very enjoyable feeling of expansion – an almost out of body sensation.

This has been wonderfully explained by former University of Chicago professor, Mihaly Csikszentmihalyi in his book Flow. END_OF_DOCUMENT_TOKEN_TO_BE_REPLACED

The joy of cycling …

Just thought I would share some of these with you.

Maybe they will inspire you to get out there and pedal some. It couldn’t hurt. 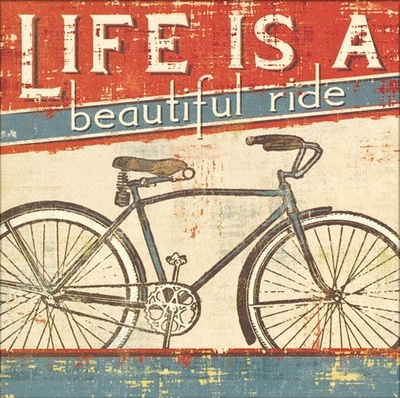 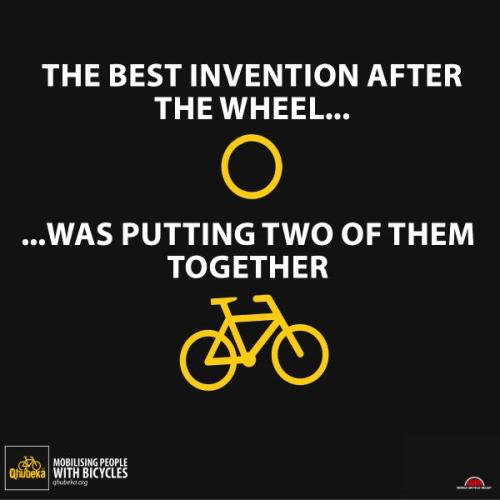 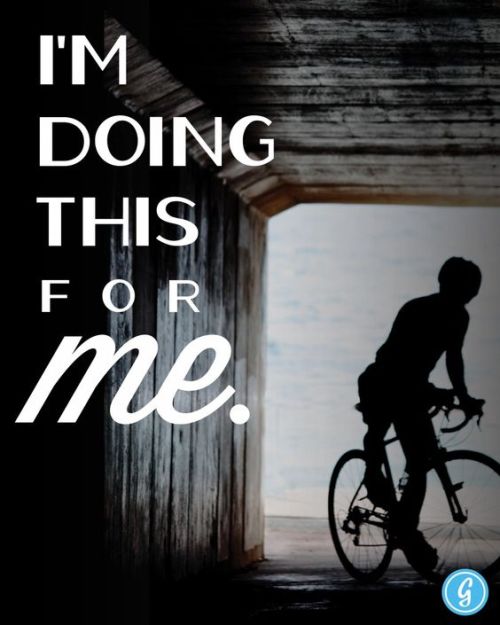 Yes, I went for a ride after I posted this.

The Agony and The Ecstasy of Summer Biking

As we move into summer and, it seemed appropriate to write about riding my bicycle in the heat. I know for a lot of folks cycling season ends in September.

The first photo shows the ecstasy of summer biking being out on the Chicago lakefront enjoying the beauty of the parks and the skyline.

The Ecstasy of summer cycling on the Chicago lakefront

The second photo shows the agony of biking when you don’t make an effort to wear sunscreen. It is the scar from my Mohs surgery to cut out all traces of skin cancer remaining in me. If you missed it you can read about my discovery that I had skin cancer and subsequent surgery in my posts of the past two weeks. 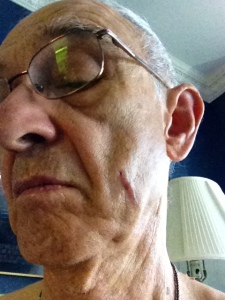 This is my surgical scar with nearly two weeks of healing behind it. Agony indeed.