About those plant-based meats – Tufts

Who hasn’t heard of these new plant-based meats? Many of us have tried one, too. I am not among their number. As you can see from the Tufts Health & Nutrition Letter write up, below they are gaining popularity.

Sales of meat alternatives grew 30 percent in 2018, and this rapid growth is expected to continue. In 2019, plant-based meat alternatives hit the mainstream, with the nationwide introduction of meatless “meat” at multiple fast-food outlets (including Burger King, White Castle, DelTaco, and some McDonald’s locations.)

Making “Meat” from Plants: Until recently, the growing meat-alternative market was made up of patties, crumbles, nuggets, and other products made from textured vegetable protein or formed from beans, grains, mushrooms, and/or other vegetables. Now, a new kind of meat alternative has entered this growing market: plant-based “meat” that looks and tastes very much like, well… meat. “These products, like the Impossible Burger from Impossible Foods and Beyond Meat’s burgers and sausages, are designed to replicate the taste, texture, and chemical composition of meat,” says Nicole Negowetti, JD, a clinical instructor at the Harvard Animal Law and Policy Clinic. 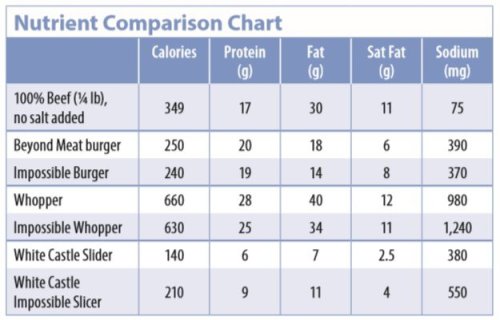 END_OF_DOCUMENT_TOKEN_TO_BE_REPLACED

Why you should add legumes to your diet – Tufts

Eat more plant foods…increase dietary fiber…choose natural foods over processed…get your nutrients from whole foods, not supplements. For an easy way to follow all of this sound dietary advice at the same time, simply up your intake of foods from the legume family. Legumes, which include beans, lentils, split peas, green peas, and peanuts, are thought to be one of the first cultivated crops and have been consumed by people around the world for over 10,000 year, according to Tufts Health & Nutrition Update.

Photo by Mike on Pexels.com

Unfortunately, legumes are no longer a staple food in most American diets. The Dietary Guidelines for Americans recommend adults consume one to three cups of legumes per week (depending on calorie requirements), but average intake is less than one cup weekly.

Try these tips for adding more satisfying, health-promoting legumes to your diet: END_OF_DOCUMENT_TOKEN_TO_BE_REPLACED

What about those fake meat products?

I have been hearing a lot lately about the new fake meat, plant-based, products that are becoming so popular. Are they really healthier than meat? Here is a super rundown from Harvard’s T.H. Chan School of Public Health. 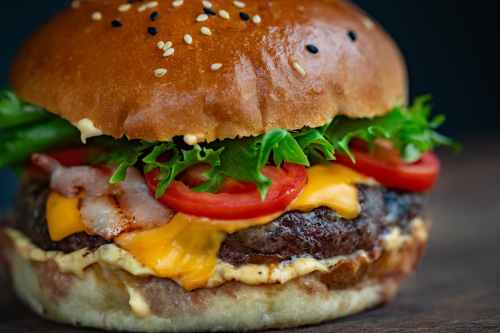 Photo by Valeria Boltneva on Pexels.com

Plant-based alternatives to animal-based foods are not a new phenomenon. Tofu, for example, has often been treated as an alternative to meat for centuries. In more recent decades, food companies have processed mixtures of soy and other legumes, grains, and a variety of plants into burgers, nuggets, sausages, and other meat-shaped products. These creations were often targeted towards a vegan or vegetarian demographic, and despite their appearance, were not necessarily intended to completely recreate the taste of their meat-based counterparts.

However, a new generation of plant-based meat alternatives is aiming to do just that. In a recent JAMA Viewpoint, Dr. Frank Hu, Chair of the Department of Nutrition, and co-authors including Gina McCarthy, Director of C-CHANGE at the Harvard Chan School of Public Health, discuss how popular products like Impossible Foods’ and Beyond Meat’s burger patties are aimed to appeal to a broader consumer base with their “unique mimicry” of beef in both taste and experience. They also note how these products are often marketed as a way to “help reduce reliance on industrial meat production,” aligned with recent reports calling for dietary patterns higher in plant-based foods for both human and planetary health.

Can these novel products be considered part of a healthy and sustainable diet? According to the Viewpoint authors, the answer to this question “remains far from clear given the lack of rigorously designed, independently funded studies.” We spoke with Dr. Hu to learn more about the potential benefits and concerns surrounding popular plant-based meat alternatives.

Although these alternative meats are being made from plants, you suggest caution in applying existing research findings on plant-based foods and human health. Can you talk about some of that evidence, and why it’s not readily applicable? END_OF_DOCUMENT_TOKEN_TO_BE_REPLACED