Can you make up for years of poor eating? – Harvard

Our bodies are, in fact, organic machines. We dwell inside them and operate them in society. Sometimes, we forget that our machines need proper fueling and maintenance. When that happens, our bodies, like regular machines, begin to break down. Because they are organic in some cases we can simply correct our bad maintenance habits and revive them with exercise and good nutrition. But decades of neglect are another story.

In your 20s, maybe you sometimes chose fast-food burgers and fries over healthier foods. Perhaps in the decades that followed you pursued a series of fad diets, questionable lifestyle choices, and too many days when you skipped your workout in favor of the couch.

You’re now repenting for the sins of the past, but the question is, can you undo the damage? Can you unclog clogged arteries (otherwise known as atherosclerosis) and reduce your risk of heart disease in the process? END_OF_DOCUMENT_TOKEN_TO_BE_REPLACED

You Are What You Eat, and Who You Know -Study

When it comes to trends in body weight, there are no easy answers.

A new study by by Vanderbilt University researchers reveals new nuances in the links between a person’s weight and the socioeconomic status of the people close to them, and suggests that gender plays a significant role in that relationship. The study, Does Your Body Know Who You Know? Multiple Roles of Network Members’ Socioeconomic Status for Body Weight Ratings, appears online in the Journal of Sociological Perspectives. (my emphasis)

Though in the West high socioeconomic status is associated with slenderness, the relationship between status and weight is actually more nuanced than that. Using nationally representative data from the 2004 U.S. General Social Survey, Lijun Song, professor of sociology, and graduate students Philip Pettis and Bhumika PiyaSong analyzed the relationship between an individual’s weight as measured by a visual evaluation, the socioeconomic status of the people they’re close to as measured by their educational attainment, lifestyle as measured by self-reported athleticism, and gender.

While Song and her colleagues found no direct link between an individual’s weight and the socioeconomic status of their personal network, they did find an indirect one through lifestyle. END_OF_DOCUMENT_TOKEN_TO_BE_REPLACED

I couldn’t have said it better myself. Oh wait, I did.

I hope this edible Christmas tree will give you healthy ideas about your eating this holiday season and in the coming year.

While you are thinking about it, don’t forget that you need to exercise, too. You won’t be exercising just to burn calories. Exercise benefits your brain and body in many ways. Check out the exercise tags at the right to read further on this.

I hope you will enjoy all the benefits of good food and exercise! Eat less; move more; live longer. Healthy eating is healthy aging and we all want that. Okay, we seniors are more aware of it than you younger folk, but keep at it and you will come realize and appreciate it too.

Best wishes for this holiday season!

How can I include more nutritious food in my diet?

One of our problems in this junk food filled world is that our taste buds get distorted by those over-sugared, over-salted, over-fatted foods. Not only fast foods, but also most processed foods are loaded with these ‘extras’ to extend the food’s shelf life and to take a cattle prod to our taste buds. 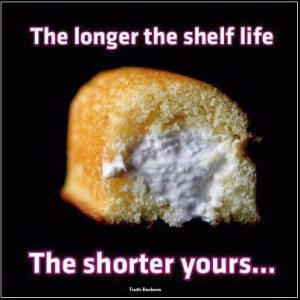 Check out my post – A Love Letter to Hostess Ho Ho’s – NOT for more details on this.
Trying to get off these foods can be frustrating because unprocessed healthy foods don’t create the same reaction in our mouths. We bite into fresh fruit and it doesn’t explode on the palate like McDonald’s Frozen Strawberry Lemonade. We need to guard against the erroneous conclusion that the fresh fruit doesn’t have much taste. I don’t mean to single out Mickey D’s except that they are the biggest fast food chain and sell the most.

I wrote about why you shouldn’t drink their Frozen Strawberry Lemonade. You can click the link to read the entire post, but one main item is that the drink contains ” … 67 grams of sugar … 15.95 teaspoonfuls. Are you ready for that? In terms of a cup, that amounts to 1/3 of an 8 ounce cup.” It’s hard to compete with that kind of taste jolt. 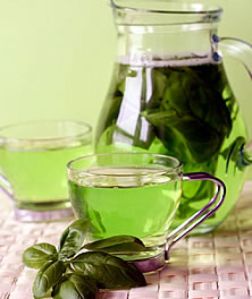 Green Tea looks beautiful and imparts wonderful benefits to the body. I just don’t care for the taste, but I find a way to include it in my daily diet.

END_OF_DOCUMENT_TOKEN_TO_BE_REPLACED

Critical Nutrients for your Body – Infographic

I think it is crucial to remember that healthy living involves both eating well and exercising. Sometimes folks can get caught up in exercise and think “I can burn anything off.” Thoughts like this can lead to some very unpleasant circumstances and medical surprises. No matter how good your fitness regime is, you still need to eat intelligently, too.

This infographic from Miramont has some really good information on  basic nutritious foods.