Adding yoga to your regularly prescribed migraine treatment may be better than medication alone, according to a study published in the May 6, 2020, online issue of Neurology®, the medical journal of the American Academy of Neurology. The new research suggests yoga may help people with migraines have headaches that happen less often, don’t last as long and are less painful. 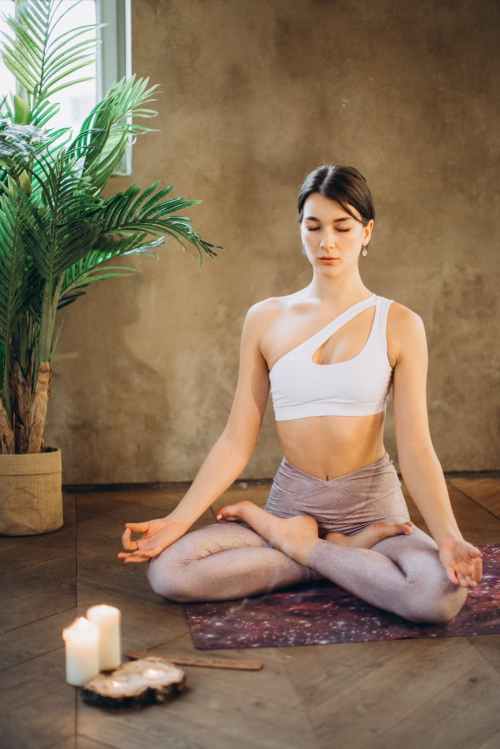 Photo by Elly Fairytale on Pexels.com

“Migraine is one of the most common headache disorders, but only about half the people taking medication for it get real relief,” said study author Rohit Bhatia, M.D., D.M., D.N.B., of the All India Institute of Medical Sciences in New Delhi, India, and a member of the American Academy of Neurology. “The good news is that practicing something as simple and accessible as yoga may help much more than medications alone. And all you need is a mat.”

The study involved 114 people between the ages of 18 and 50 who had episodic migraine. Participants experienced four to 14 headaches per month and were randomly assigned to two groups: medication-only or yoga plus medication.

The people in the yoga group were taught a one-hour yoga practice that included breathing and relaxation exercises and postures. People were supervised by a yoga instructor three days a week for one month. Then they practiced on their own at home for five days a week over the next two months. Both groups received the appropriate medications and counseling about lifestyle changes that may help with migraine, such as getting adequate sleep, eating regular meals and exercising.

Participants kept a log about how long their headaches lasted, how severe they were and medications they took.

The study showed people improved in both the medication-only group as well as the yoga group, but the benefit was higher in the yoga group in all areas, including headache frequency, pain intensity, use of medications as well as how much migraine interfered with daily life.

“Our results show that yoga can reduce not just the pain, but also the treatment cost of migraines,” said Bhatia. “That can be a real game changer, especially for people who struggle to afford their medication. Medications are usually prescribed first, and some can be expensive.”

One limitation of the study was that people reported information about their headaches themselves, so the results may not be consistent.

Bhatia noted that the study lasted only three months and that more research is needed to determine whether the benefits of yoga would last for a longer period.