Vaping may have similar effects to smoking on harmful lung bacteria

I have written repeatedly about the dangers of smoking cigarettes. Now, it appears that what was once considered a ‘less unhealthy’ practice has some negative impacts on our lungs.

E-cigarette vapor may have similar effects to cigarette smoke on bacteria associated with smoking-related illness such as chronic obstructive pulmonary disease (COPD) and asthma, according to a study published in Respiratory Research. 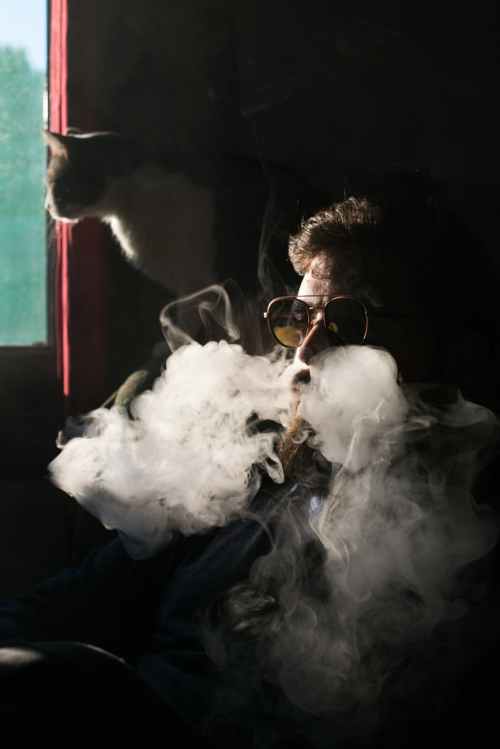 Photo by Miriam Espacio on Pexels.com

The authors grew samples of Haemophilus influenzae, Streptococcus pneumoniae, Staphylococcus aureus and Pseudomonas aeruginosa while exposing them to extracts of either cigarette smoke (CSE) or e-cigarette vapor (ECVE). A control set of bacterial cultures was grown unexposed to vapor or smoke extracts.

The authors found that exposure to CSE or ECVE appeared to have no negative effect on the growth of these bacteria. However, bacteria exposed to either CSE or ECVE showed increased biofilm formation, an effect not observed in unexposed bacteria. Biofilms are a collective of one or more types of microbe and increased biofilm formation is known to be involved in a wide variety of microbial infections. The finding may indicate that both cigarette smoke and e-cigarette vapor increase the harmfulness of common lung pathogens and promote the establishment of persistent infection.

To investigate changes of harmfulness, or virulence, in bacteria exposed to CSE or ECVE, the authors infected larvae of the moth G. mellonella – a model for infection in humans – with the bacteria to test how this would impact the larvae’s survival. G. mellonella infected with bacteria exposed to CSE or ECVE showed decreased survival compared to those infected with non-exposed bacteria.

In a further experiment, the authors showed that human lung cells infected with to CSE or ECVE exposed bacteria showed increased secretion of Interleukin-8, a key mediator associated with inflammation.

Deirdre Gilpin, the corresponding author said: “A recurring theme of this study is the similarity in the effect of exposure to cigarette smoke compared to e-cigarette vapor on how bacteria behave and how harmful they are. The findings indicate that the effects of vaping on common lung pathogens may be similar to those of smoking.”

The authors caution that the cigarette smoke and e-cigarette vapor extracts used in the experiments were prepared using a similar method and thus may not reflect differences in nicotine exposure due to dissimilarities in smoking behavior between smoking and vaping.

For this study, the authors used a common brand of e-cigarettes with no added flavor and bacteria were exposed to vapor and smoke extracts only once. Further research is required to investigate the effect of e-cigarette flavorings and long-term exposure, according to the authors.