I have spent a lot of time writing about the benefits of exercise for the brain as well as the body. Herewith info from the Tufts Health and Nutrition Letter on what I can only call food for thought.

Currently available medical treatments for age-related cognitive decline and Alzheimer’s disease have had limited success. Adopting a healthy diet and lifestyle has been among the most consistent recommendations to maintain brain health over the long term. Some studies have linked an overall healthy dietary pattern to less chance of experiencing age-related decline in memory and other cognitive skills. 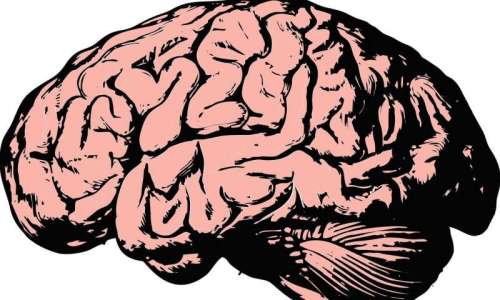 The specifics of “brain protective” diets vary, but tend to have certain elements in common. Dietary patterns associated with lower risk of age-related cognitive decline and dementia are higher in non-starchy vegetables, fruits, whole grains, nuts, legumes and seafood while limited in red and/or processed meats, sugar-sweetened foods and drinks, refined grains and added salt.

But there have been few long-term trials testing overall dietary patterns for protecting the aging brain. Researchers at Rush University Medical Center in Chicago and the Harvard T.H. Chan School of Public Health are currently conducting a clinical trial of a diet specifically optimized for brain health and mild weight loss—the Mediterranean-DASH Intervention for Neurodegenerative Delay (MIND) diet.

If successful, the result of the MIND trial will provide older adults with more specific nutritional guidance to maintain their cognitive health. “What they’re doing is logical and I predict will have positive benefits for a disease for which we have few interventions,” notes Dennis Steindler, PhD, senior scientist and director of Tufts’ HNRCA Neuroscience and Aging Laboratory. “Past trials were not home runs, but this study could be it if it bears the kind of findings I think it will.”

What is the MIND Diet? The MIND diet is a hybrid of the Mediterranean diet pattern and the Dietary Approaches to Stop Hypertension (DASH) diet, combined with mild caloric restriction. In some studies, these approaches have shown potential to support brain health with aging.

There’s evidence from observational studies that MIND could be brain-protective. For over 20 years, Rush researchers have followed a group of older adults living in retirement communities and senior public housing units in the Chicago area, average age 81. One of many studies based on this epidemiological data, published in 2015 in Alzheimer’s & Dementia, reported that adhering closely to the MIND diet was associated with 53% less risk of Alzheimer’s disease. Even moderate adherence came with a 35% lower risk.

The Trial Begins: The investigators recently finished recruiting 600 individuals for the trial, ages 65 to 84. The participants have a family history of Alzheimer’s disease but currently no signs of cognitive decline. They were eating a usual diet that was deemed to be not particularly healthy (or brain-protective).

Half have been assigned randomly to either a treatment group, which will attempt to follow the MIND diet plus a mild calorie reduction of 250 calories per day for 3 years, or to a control group asked to continue eating their usual diet plus mild calorie reduction alone. Morris’s team at Rush will follow half of the study participants in the Chicago area. The others, in the Boston area, will be followed by researchers at the Harvard T.H. Chan School of Public Health.

Participants will have weekly to monthly contact with dietitians, who design individualized eating plans to best follow the assigned diet recommendations. Five times over the 3-year study period, the participants will complete a battery of 12 cognitive tests. The study will continue collecting data until 2021, when Morris and her colleagues will start crunching the numbers in hopes of finding out whether the MIND diet prevents cognitive decline.

Multiple Options: Until the results come in, the MIND diet is just one option that could help to maintain brain health.

“There are many ways to configure a daily eating pattern that will support brain health and reduce the risk of chronic diseases,” says Alice H. Lichtenstein, DSc, director of Tufts’ HNRCA Cardiovascular Nutrition Laboratory and executive editor of Tufts Health & Nutrition Letter.