Social Exclusion Spurs Extremism in Those Vulnerable to Radicalization – Study

Summary: A neuroimaging study reveals the effects of social exclusion in the left inferior frontal gyrus. The study found social exclusion can spur extremist behaviors in people who are most vulnerable to radicalization. Source: Universitat Autònoma de Barcelona.

A study led by researchers from the Universitat Autònoma de Barcelona (UAB) and the Hospital del Mar Medical Research Institute (IMIM), in collaboration with other international institutions, explored the neural and behavioral relationships between sacred values, violent extremism and social exclusion in a group of young Moroccan men living and schooled in Catalonia and vulnerable to radicalization. 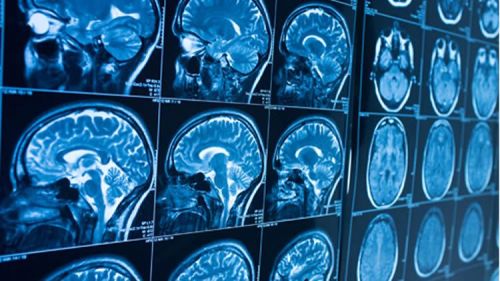 A study conducted by the UAB and IMIM used neuroimaging techniques to show that social exclusion increases the number of ideological and group values worth fighting and dying for in populations vulnerable to radicalisation. The study focused on neural activity in a region of the brain related to rule retrieval and sacred values. NeuroscienceNews.com image is in the public domain.Sacred values are those perceived as non-negotiable, those which must be upheld at all costs. They also contain an identity component related to perceiving the person as a member of their reference group.

The study, published in Frontiers of Psychology, examined the neural substrate of sacred values in relation to ideological adherence, as well as those related to religious or national/group identity. This neural activity associated with the will to fight and die defending sacred values, as well as the effects social exclusion has over this activity, occurs in the left inferior frontal gyrus, a region previously associated with sacred values and rule retrieval.

The study used neuro-imaging to confirm the relationship between this region of the brain with the will to fight and die for these values. “Alongside other studies, these findings suggest that sacred values are processed through an ethical reasoning based on duty or ‘what must be done’, and not an evaluation of costs and benefits, while non-sacred values are more flexible and subject to negotiation”, says research coordinator and UAB and IMIM researcher Òscar Vilarroya.

The study also shows how social exclusion, manipulated through an online toss ball game, had notable effects at both neural and behavioural levels. By comparing a sub-group subject to social exclusion with a control sub-group, researchers were able to confirm an increase in willingness to fight and die for values considered nonsacred before the social exclusion occurred, as well as a parallel increase in the activity within the brain region examined.

According to postdoctoral researcher at the UAB and first author of the paper Clara Pretus, “this leads us to think that social exclusion can lead to the sacralization of group values, making them more similar to sacred values, both in the neural activity observed and in a greater expressed willingness to fight and die defending them”.

Until now, only one neuroimaging study with university students from the United States had identified neural activity associated with sacred values in the left inferior frontal gyrus.

This study is the first to find this activity among individuals vulnerable to radicalization and it is also the first to demonstrate the effects social exclusion have on identified brain activity.

“The study was conducted with a group of young Moroccan men, but the results could be applied to any other group of young men vulnerable to be radicalized”, Vilarroya points out.

“The results could serve when dealing with groups upholding sacred values, given that knowing about these values and managing them as something not subject to material incentives can help to make an approach effective”, Pretus highlights.

The study was conducted in two distinct phases. The first phase consisted in extensive fieldwork with surveys conducted with over 500 young Moroccan men in Barcelona and surrounding areas with the aim of detecting those with greater vulnerability for radicalization. Vulnerability was considered to exist among those who expressed willingness to defend the sacred values promoted by jihadist terrorist groups, either by engaging in violent protest and actions, financially supporting nonstate militant groups, joining a nonstate militant group, or fighting and dying on their own. The 38 participants who met this criteria and were interested in participating in the study while maintaining their anonymity were invited to a neuro-imaging session. At the beginning of the session, they were asked to name the values considered sacred by jihadists and the degree to which they were willing to fight and die defending them.

At the end of the game, the neural activity of all participants was measured using a magnetic resonance imaging scanner while they responded about their willingness to fight and die to defend one of their sacred or non-sacred values mentioned at the beginning of the session.

I can’t help wondering if this study doesn’t go a long way toward explaining the lock step antipathy to President Trump on the part of the celebrities we see at awards programs. Perhaps the fear of exclusion keeps them from questioning the universal beliefs of their friends, peers and neighbors.