Getting the heart pumping with aerobic exercise, like walking or cycling for 35 minutes three times a week, may improve thinking skills in older adults with cognitive impairments, according to a study published in the December 19, 2018, online issue of Neurology®, the medical journal of the American Academy of Neurology. 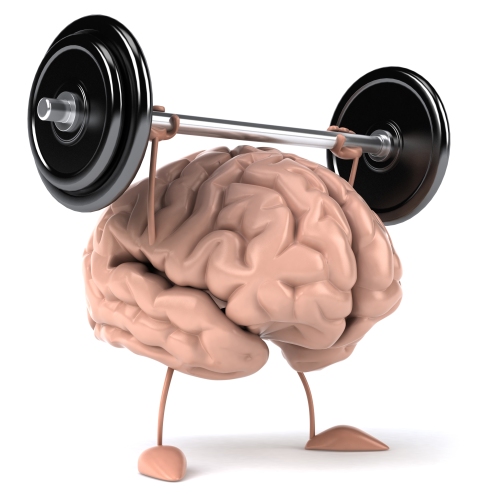 After six months of exercise, study participants’ scores on thinking tests improved by the equivalent of reversing nearly nine years of aging. The study looked at people who had cognitive impairments without dementia, which is defined as having difficulty concentrating, making decisions, or remembering, but not severe enough to be diagnosed with dementia.

The study found no improvement in memory. “The results are encouraging in that in just six months, by adding regular exercise to their lives, people who have cognitive impairments without dementia may improve their ability to plan and complete certain cognitive tasks,” said study author James A. Blumenthal, PhD, of Duke University Medical Center in Durham, N.C.

The study involved 160 people with an average age of 65 and risk factors for heart disease, such as hypertension, who did not have dementia but reported problems with thinking skills. All participants were identified as having cognitive impairments without dementia and were sedentary at the start of the study.

People assigned to the exercise groups exercised three times a week for 45 minutes each session which included 10 minutes of warm-up exercises and 35 minutes of aerobic exercise, such as walking, jogging, or cycling on a stationary bicycle.

At both the beginning and end of the six-month study, researchers evaluated participants’ thinking and memory abilities with standardized cognitive testing, cardio-respiratory fitness with treadmill stress testing, and heart disease risk factors with screenings for blood pressure, blood glucose and lipids.

They also used questionnaires and food diaries to measure how closely the participants followed the DASH diet. Researchers found that participants who exercised showed significant improvements in thinking skills when compared to those who did not exercise.

To illustrate, Blumenthal explained that at the start of the study, the participants had average scores for select subtests of executive function for people who were age 93, which was 28 years older than their actual chronological age.

After six months, participants who exercised and followed the DASH diet saw their average executive function scores correspond with people who were age 84, a nine-year improvement.

For those who received only health education, their performance on executive function tests worsened by a half year from their scores at the start of the study.

Although this may suggest added benefit of the DASH diet when combined with exercise, Blumenthal says a limitation of the study was that the number of participants was relatively small and these findings should be interpreted with caution. “More research is still needed with larger samples, over longer periods of time to examine whether improvements to thinking abilities continue and if those improvements may be best achieved through multiple lifestyle approaches like exercise and diet,” Blumenthal said.

The study was supported by the National Heart, Lung, and Blood Institute. Learn more about brain health at BrainandLife.org, home of the American Academy of Neurology’s free patient and caregiver magazine focused on the intersection of neurologic disease and brain health. Follow Brain & Life® on Facebook, Twitter and Instagram.