Dementia can be a real snake lurking in the brain of seniors who happen to be our loved ones. Is their memory merely slipping with their added years, or do they really have a cognitive impairment? It’s a tough question for many families. As a member of a family with several instances of dementia, I can attest to that.

Quick tests used in primary care settings to identify whether people are likely to have dementia may often be wrong, according to a study published in the November 28, 2018, online issue of Neurology® Clinical Practice, an official journal of the American Academy of Neurology. 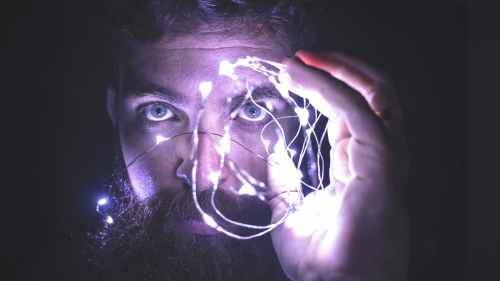 Photo by David Cassolato on Pexels.com

The tests, called brief cognitive assessments, evaluate thinking and memory skills. They help doctors decide who may benefit from a full diagnostic assessment for dementia. The three tests examined in this study were the Mini-Mental State Examination, which looks at orientation to time and place and the ability to remember words, the Memory Impairment Screen, which focuses on the ability to remember words, and Animal Naming, which involves naming as many animals as possible in 60 seconds.

“Our study found that all three tests often give incorrect results that may wrongly conclude that a person does or does not have dementia,” said study author David Llewellyn, PhD, of the University of Exeter Medical School in the United Kingdom. “Each test has a different pattern of biases, so people are more likely to be misclassified by one test than another depending on factors such as their age, education and ethnicity.”

For the study, 824 people in the United States with an average age of 82 were given full dementia assessments that included a physical exam, genetic testing for the APOE gene, which is linked to a risk of Alzheimer’s disease, psychological testing and comprehensive memory and thinking tests.

Researchers divided participants into two groups based on the comprehensive dementia diagnosis. Of the participants, 35 percent had dementia and 65 percent did not.

Participants took each of the three quick tests and researchers found that 36 percent of participants were wrongly classified by at least one of the tests, but only 2 percent were misclassified by all three tests. Overall rates of misclassification by these tests individually ranged from 14 to 21 percent, including both false-positive and false-negative results.

Researchers also found that different tests had different biases. One test had an education bias, in that those with higher education were more likely to be misclassified as not having dementia and those with lower education were more likely to be misclassified as having dementia. Older age, having an ethnic background other than white and living in a nursing home also led to misclassification. Across all tests, a lack of information on whether a family member or friend rated the participant’s memory to be poor resulted in an increased risk of misclassification.

“Failing to detect dementia can delay access to treatment and support, whereas false alarms lead to unnecessary investigations, causing pressure on health care systems,” said Llewellyn. “Identifying people with dementia in a timely fashion is important, particularly as new methods of treatment come onstream. Our findings show that we desperately need more accurate and less biased ways of detecting dementia swiftly in clinic.”

A limitation of the study was that other brief cognitive assessments in clinical use were not examined.