Diabetic Seniors may have increased risk for fracture – Study

When it rains it pours. As if it weren’t difficult enough to be a senior citizen, it turns out that Type 2 diabetes adds a further level of complexity. 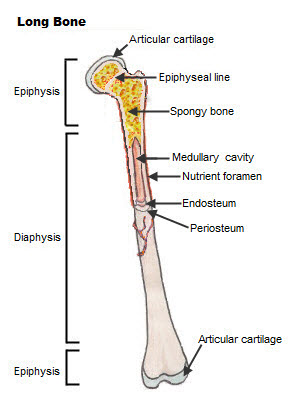 Though seniors with Type 2 diabetes (T2D) tend to have normal or higher bone density than their peers, researchers have found that they are more likely to succumb to fractures than seniors without T2D. In a new study published in the Journal of Bone and Mineral Research, researchers from Hebrew SeniorLife’s Institute for Aging Research found older adults with Type 2 diabetes had deficits in cortical bone–the dense outer surface of bone that forms a protective layer around the internal cavity– compared to non-diabetics. The findings suggest that the microarchitecture of cortical bone may be altered in seniors with T2D and thereby place them at increased risk of fracture.

Participants in this study included over 1,000 member of the Framingham Study who were examined over a period of 3 years. High resolution scanning allowed researchers to determine that many older adults with diabetes had weakness specific to cortical bone microarchitecture that cannot be measured by standard bone density testing.

“Fracture in older adults with Type 2 diabetes is a highly important public health problem and will only increase with the aging of the population and growing epidemic of diabetes. Our findings identify skeletal deficits that may contribute to excess fracture risk in older adults with diabetes and may ultimately lead to new approaches to improve prevention and treatment,” said Dr. Elizabeth Samelson, lead author of the study.

Researchers hope that novel studies such as this will help to revolutionize the area of bone health, especially for older adults. It is important to follow screening guidelines for bone density testing, but better understanding of all the factors that affect bone strength and the tendency to fracture is needed.