I have said time and again that losing weight is not a good goal. Instead, work at living a  healthy life, eat intelligently and exercise regularly. Do that and you will never have to lose weight. I have been doing it since six months into writing this blog and now, eight years later, I have fluctuated about five pounds on either side of my 155 pound weight. 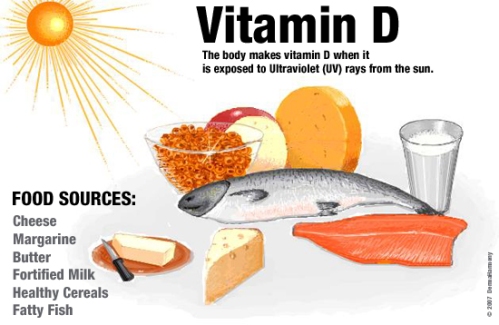 This info from Tufts Health and Nutrition Letter, highlights postmenopausal women, but has wider implications.

While losing weight can protect you against chronic diseases, it does come with a downside – especially for postmenopausal women: Studies have shown that obese older women who lose weight also lose lean muscle mass and bone mineral density (BMD), particularly if they are inactive, potentially putting them at greater risk of frailty and falls.

Obese individuals are more likely to have low blood levels of vitamin D, which is known to benefit muscles and bones. So it makes sense that supplemental vitamin D during weight loss might protect against those muscle and bone downsides. But a new randomized clinical trial failed to support that hypothesis, finding no significant difference between participants receiving large daily doses of vitamin D and those assigned to a placebo.

Bess Dawson-Hughes, MD, director of Tufts’ HNRCA Bone Metabolism Laboratory, says, “I agree with the authors that the results suggest that vitamin D repletion in healthy postmenopausal women with insufficient 25(OH)D [blood levels of vitamin D] undergoing behavioral weight loss should conform to standard adult guidelines for vitamin D supplementation, and that the higher dose of 2,000 IU vitamin D supplementation does not significantly reduce the loss of lean mass and bone density that results from moderate weight loss.”

HIGH DOSE: The 12-month study, conducted at the Fred Hutchinson Cancer Research Center and published in the Journal of the American Geriatrics Society, began with 218 women, ages 50 to 75. All were overweight or obese and measured to be insufficient in vitamin D levels (between 10 and 32 ng/mL). They underwent a lifestyle-based weight-loss program that combined calorie reduction (500-1,000 fewer a day) with 225 minutes a week of moderate to vigorous aerobic exercise. Participants were also randomly assigned to receive either a placebo or 2,000 IU of vitamin D daily – well above the intake recommended by the Institute of Medicine (IOM, see box).

Participants in both groups lost a little over 8% of their body weight. The extra vitamin D did succeed in boosting blood levels in the supplement group, by an average 13.6 ng/mL.

LITTLE DIFFERENCE: But more vitamin D wasn’t better for muscles and bones. Researchers reported no significant difference between the supplement and placebo groups in the negative changes in lean muscle mass, BMD of the spine or of the right femoral neck. Even in those most initially deficient in vitamin D, achieving adequate levels did not make a difference in muscle or bone mass. A small subgroup initially diagnosed with sarcopenia (frailty associated with loss of lean muscle mass) did see modestly more favorable changes among those given vitamin D.

Puzzlingly, the vitamin D group also experienced a significantly greater average decrease in leg strength. Researchers speculated this could be due to chance, skewed by large decreases in just a few women, or the choice of strength test.

They concluded that the best prescription for older women losing weight is to follow the IOM guidelines.