Greater fluctuations in “bad” cholesterol levels may be linked to worse cognitive function in elderly adults, according to new research in the American Heart Association’s journal Circulation. 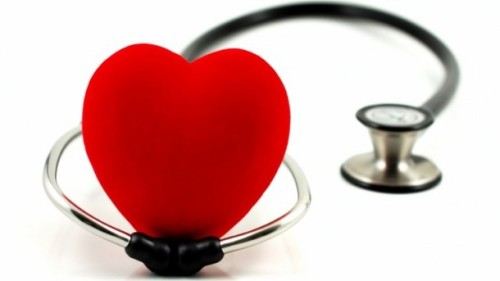 In a study of European adults age 70 to 82 years old, researchers found that greater fluctuations in low-density lipoprotein cholesterol (LDL), or “bad” cholesterol, are associated with lower cognitive performance.

For example, study participants with the highest LDL cholesterol variability took 2.7 seconds longer on average to finish a cognitive test to name ink colors of color words written in different ink (for example, the word blue written in red ink), compared to individuals with the lowest variability.

“While this might seem like a small effect, it is significant at a population level,” said Roelof Smit, M.D., lead study author and a Ph.D. student at Leiden University Medical Center in Leiden, the Netherlands.

The link between variability and declining cognitive function was found regardless of average bad cholesterol levels or use of cholesterol-lowering statin drugs.

In addition, greater fluctuations in bad cholesterol were associated with lower brain blood flow and greater white matter hyperintensity load – which has been linked to endothelial dysfunction.

“Our findings suggest for the first time that it’s not just the average level of your LDL-cholesterol that is related to brain health, but also how much your levels vary from one measurement to another,” Smit said. (my emphasis)

Measurements fluctuate because of diet, exercise, frequency of cholesterol-lowering statins and other factors, he said. However, these fluctuations might also reflect an increasingly impaired homeostasis; for example, due to age or underlying disease, added J.Wouter Jukema, M.D., Ph.D., senior author of the study and professor of Cardiology at the Leiden University Medical Center.

The research involved 4,428 participants from Scotland, Ireland and the Netherlands in the PROspective Study of Pravastatin in the Elderly at Risk. PROSPER participants either had pre-existing vascular disease or were at a higher risk for developing the condition because of histories of hypertension, cigarette smoking or diabetes.

Although the research population was European, the results may be applicable to Americans as their lifestyle patterns predispose them to the same set of clinical outcomes, Smit said. But the results cannot be extrapolated directly to the general U.S. population because the study participants were older adults at high risk for vascular disease.

“These results add an important puzzle piece to the emerging evidence that vascular risk factors are closely related to brain health,” Smit said.  “Our study is just the first exciting step. Further studies are needed to examine whether these findings could truly influence clinical practice.”

At the risk of sounding repetitious, eat less; move more; live longer is still the way to go. If you are eating intelligently and making sure you get your exercise, you will have normal and steady cholesterol levels. My aim in this blog is to get us past 100 years old with our brain functions intact.