How many times have you read in these pages eat less, move more, live longer? More than I can count. So it was nice to learn that farmers in Sweden seem to have stronger bones as a result of their outdoor activity. 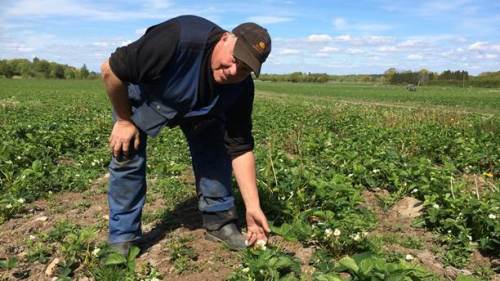 A team of UK and Swedish researchers has released the findings of a new study which assessed the hip fracture risk of farmers in Sweden.

Sweden is one of the few countries which tracks hip fractures through a national registry. It is therefore possible to assess how hip fracture risk across the country varies according to occupation, economic status, level of education, latitude, and urban versus rural residence. Although hip fracture risk is known to be correlated to physical activity, that’s one of the variables, among others, which the registries can’t track.

The researchers therefore focused on farming, an occupation which is characterized by regular, long-term outdoor physical activity. Looking at the hip fracture incidence of all men and women aged 40 years or more in Sweden between 1987-2002, they found that there were 100,083 individuals who sustained a hip fracture. Of these, 4, 175 were farmers.

For both men and women, the hip fracture risk rose with age, low income, low education, higher latitude, and urban location. For women, being a farmer was not associated with a significant difference in hip fracture risk.

Lead author, Dr. Helena Johansson of the Centre for Metabolic Bone Diseases, University of Sheffield Medical School, UK, stated, “We need to be concerned about hip fractures as they are the most serious and disabling osteoporosis-related fractures. Given the many, complex factors that affect fracture risk, it is not possible to pinpoint a single variable that is associated with lower hip fracture risk. However, these findings are interesting in that they suggest that a lifetime of outdoor, physical activity may be a positive factor when it comes to hip fracture risk. “(My emphasis)

I repeat, eat less, move more and live longer. And, preferably, do the moving outdoors.

If you would like to learn more about exercise benefits, check out these posts:

More exposure to vegetation linked to lower mortality in women

What are the benefits of exercising in nature – Infographic

What is nature deficit disorder?

How good are treadmills vs walking outdoors

Last, but not least, check out my Page – Important Facts About Your Brain (and Exercise Benefits)