Low-Fat Diet May Boost Survival for Some Breast Cancer Patients

Chlebowski can’t explain why the low-fat diet helped, but it may be due to the diet and weight loss reducing inflammation, which can affect cancer growth. Chlebowski said it’s also not clear from this study why the low-fat diet provided greater benefit to women with estrogen receptor-negative cancers than to those with estrogen receptor-positive cancers. 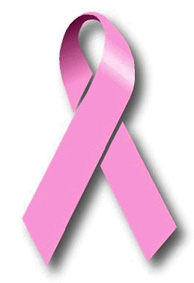 Eating a low-fat diet may reduce the risk of early death in some women with breast cancer, according to new research.

The low-fat diet seemed particularly helpful for early stage breast cancer patients with so-called estrogen receptor-negative (ER-negative) disease. These women had a 36 percent reduced risk of death from any cause over 15 years if they ate a low-fat diet for five years following their diagnosis, said study researcher Dr. Rowan Chlebowski. He is a medical oncologist at the Los Angeles Biomedical Research Institute at the Harbor-UCLA Medical Center.

Women who had both ER-negative and progesterone-receptor negative (PR-negative) cancers had an even greater reduction in death risk during the study. Over 15 years, their risk of dying from any cause was reduced by 56 percent if they ate a low-fat diet during the five years after diagnosis, he found.

Women in the study reduced their dietary fat intake from…