As regular readers know, I am a big fan of coconut oil. Just look at the top of this page to see Why You Should Include Coconut Oil in Your Diet.

So, you can imagine my surprise when I turned to the Personal Journal section of the Wall Street Journal and saw this headline: Unlikely Source of Healthy Fat: Coconuts, by Laura Johannes. 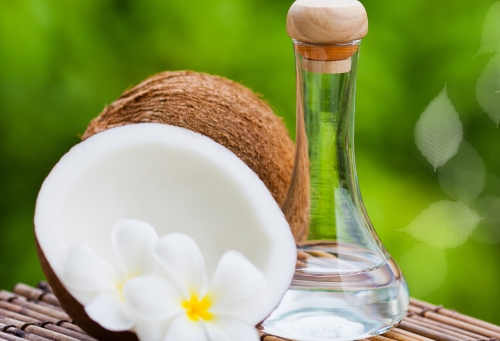 The piece leads off with, “Coconut oil, which is high in saturated fats, is increasingly being heralded as a healthy oil. Its advocates, including companies that sell it, say it’s nutritious, good for the heart and a fast source of energy. The oil may possibly protect against Alzheimer’s disease, they say.”

Right on! How gratifying to see something I have been promoting being talked about positively in the mainstream media.

In the interest of balanced reporting, Ms. Johannes found someone from the Department of Agriculture to say it is “fine in moderation, but he doesn’t advocate eating large amounts of it.”

I beg to differ. I have a spoon full of it every morning with peanut butter to start my day and it works like a charm. Also my cholesterol numbers have gotten better since I included coconut oil in my diet.

Ms. Johannes did a great job of covering the medium-chain fatty acid aspect of coconut oil which puts it head and shoulders over the long-chain fatty acids of most popular vegetable oils.

“The medium-chain fatty acids are easier to digest, particularly for people with gastrointestinal ailments, scientists say. And the body burns them quickly, which some researchers think may make them good energy for athletes.” (my emphasis)

Bravo! That’s right, coconut oil is dynamite for athletes. As a near daily bike rider I can attest to that.

I like that she even mentioned to possibility that coconut oil can be protective regarding Alzheimer’s. “Early research on coconut oil and Alzheimer’s disease shows a possible protective effect on neurons. In a study published earlier this year in the Journal of Alzheimer’s Disease, Canadian researchers found mouse brain cells treated with coconut oil were somewhat protected from the toxic effects of amyloid proteins, which build up in the brains of Alzheimer’s patients.”

Feel free to hop on the coconut oil bandwagon. The more the merrier … and healthier, too.