What are the Worst Junk Foods?

Pizza claims two spots by itself, according to RealAge.

“Cheese and pizza are the No. 1 and No. 2 sources of artery-clogging saturated fat in the American diet. One slice of extra-cheesy pizza can contain as much as two-thirds of your daily saturated fat limit. Nutrition expert Bonnie Taub-Dix, MA, RD, CDN, author of Read It Before You Eat It, offers these tips to lighten up your pizza: Top it with veggies instead of pepperoni and sausage. While you’re at it, say “no” to breadsticks and “yes” to a side salad, and you’re on the way to preventing heart disease,” RealAge reported.

I thought those were some very good suggestions when ordering from the pizzeria regarding topping it with veggies instead of pepperoni and/or sausage. By all means dodge the breadsticks. Suggestions like that can take several hundred calories off the total, not to mention cutting down on the bad fats. 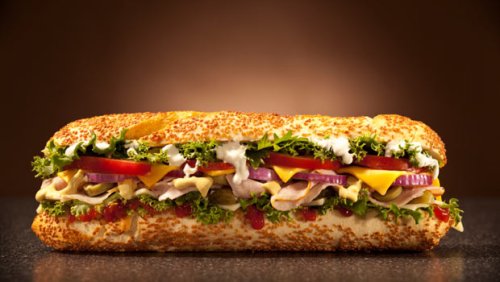 The number three choice was one near and dear to many guys. Namely the submarine sandwich. Here’s why: “To many guys, the submarine sandwich is the world’s most perfect food. It requires neither a stovetop nor utensils, and contains all the major food groups. That’s where its virtues end. According to Taub-Dix, the monster sandwich supplies up to 6 servings of white bread, plus a quarter-pound (or more!) of cured meats. Researchers have found that eating just one serving of processed meat daily (one to two slices of deli meat) is associated with a 42 percent higher risk of heart disease and a 19 percent higher risk of type 2 diabetes. Turn your sandwich into a real heart hero by using whole-grain bread and roasted turkey or chicken breast,” RealAge suggested.

It’s unfortunate that some of the most popular fast foods would also be so potentially damaging to a person’s health. On the other hand, since we have a population with 60 percent overweight and 30 percent obese, it can’t be a surprise.

We really have to start making better choices when it comes to eating.