Can Exercise Protect the Brain From Fatty Food Damage?

It is turning out that the fast food high fat Standard American Diet (SAD) has, in fact, some pretty sad impacts on the brain besides the waistline.

The New York Times reported that the Society for Neuroscience met in New Orleans and University of Minnesota scientists demonstrated that a group of rats that consumed normal food for four months compared favorably with a group of rats that ate a diet with 40 percent fat in it. Both diets had the same amount of calories. 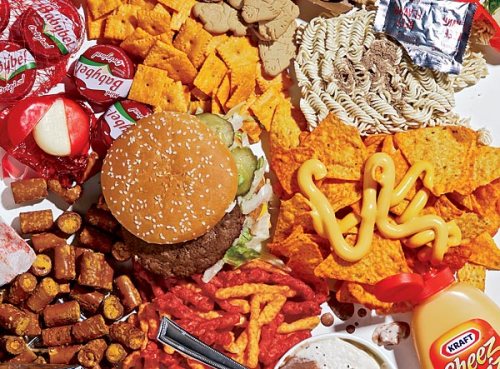 The scientists administered a memory test to the rats after four months. Those with the normal diet performed as they had previously while those on the high-fat diet yielded much poorer results.

The rats were then broken into two groups. One group had running wheels. The other didn’t. So, those on the high fat diet could or could not exercise.

Here’s where the exercise comes in. The rats were tested weekly for the next seven weeks. Those on the high fat diet continued to show cognitive decline. However, those that were running showed improvements in their ability to think and remember. Additionally, those rats on the high-fat diet who exercised did as well as they had done at the beginning of the experiment.

I was impressed by two facts in the above: first, a fatty diet damages the brain as well as the body. Second, the damage to the brain can be reversed with exercise.

Finally, check out my Page – Important facts about your brain (and exercise benefits).

3 responses to “Can Exercise Protect the Brain From Fatty Food Damage?”