Besides Lung Cancer How Can Smoking Hurt My Body? 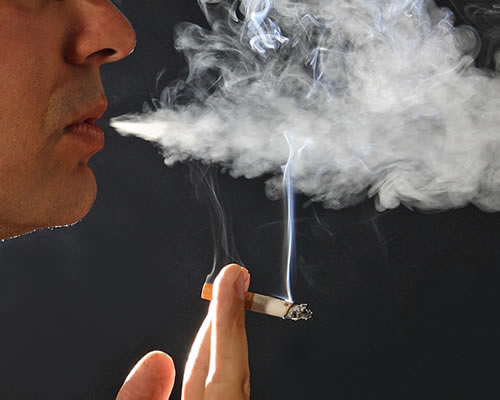 As “glamorous” as it may appear, smoking is a killer.

The American Cancer Society’s estimates for lung cancer in the United States for 2015 are:

But if those figures aren’t enough to keep your lungs smoke-free, here is some fresh info that might help you decide smoking is not for you.

Speaking before a Northwestern Memorial Healthy Transitions Program®, Mindy Cramer, Chiropractic Orthopedist at Northwestern’s Integrative Medicine group said that degenerative disc disease has several lifestyle factors that are contributing factors. She said smoking adversely affects your discs and can cause them to degenerate faster. Smoking actually decreases the amount of water in the discs of your spine and water is what helps your discs absorb shock and movement. With less water, your intervertebral discs can wear out sooner. She explained that smoking cuts down the amount of blood that reaches your organs.

So, when you say no to that cigarette, feel good about it, you are being kind to your spine, too – not to mention every organ in your body including your brain. Think about it.

Check out my Page – How Many Ways does Smoking Harm You? for further details.