What Can You Learn From a Doctor’s Visit?

I have had to do some doctoring lately and it seems that every time I do I come away with more good info on how my body works and what I can do to make it even better.

A few weeks ago I woke up and found a bubble on the elbow about the size of a golf ball. You can read the whole story here. My doctor at the time did some bloodwork on me to ascertain that my uric acid levels were okay and the bubble was very likely olecranon bursitis and not gout. He told me to buy a bottle of Naproxin Sodium 200 mg tablets and take two pills after breakfast and two again after dinner for the next five days. He said the swelling would probably go down over the next week or so. 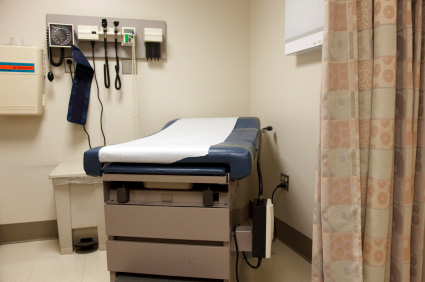 Naproxin is an anti-inflammatory and would work to keep the bubble from getting bigger and probably reduce its size.

I followed the doctor’s directions and quit the pills after five days. An interesting thing happened then. The bubble may have gotten a little smaller, or not, in either case, I had no pain from it. What I noticed is that after I stopped taking the Naproxin, the arthritis  in my hands started acting up.

I decided to go back to the Naproxin, but to cut the dosage. I took only one pill after breakfast instead of two and no more pills later. I did this for several days and felt a definite reduction in the pain in my hands.

I also decided that maybe I shouldn’t be taking drugs on my own without a doctor’s directions. So, I called her and explained what I had done. She said to come in so she could examine my elbow again.

The first thing that always happens on a doctor visit is that a nurse takes my blood pressure and pulse. After telling me my blood pressure, the nurse asked if I am a runner. I said no, but I ride a bike a lot.

When the doctor came in I asked her why the nurses always asked me if I were a runner. She said that because my pulse was 50 beats per minute. That is sharply below normal for a senior citizen. The normal range should be 60 to 80 bpm. She said a pulse that low was either a result of medication I might be taking that could throw off my pulse or my heart might be firing badly and she needed to know that.

So that was the first thing I learned on my doctor visit. Previously, I always just thought that the nurse was curious about my low heart rate.

She examined my elbow which had shrunk almost back to normal.

With regard to my prescribing Naproxin for my arthritis pain, she that it would indeed give me relief, but it is a strong drug to take regularly. Instead, she prescribed a Diclofenac Sodium 1% gel. It should have the same effect as the Naproxin, but as it is rubbed on instead of swallowed, it wouldn’t be too strong for my system to handle.

So, I learned a nice refinement on my version of taking an anti-inflammatory to reduce my arthritis pain.

A friend of mine worked in a hospital for years and knows a lot about diet and health. I told her that I usually consume around 100 to 125 grams of protein a day. She said that was too much for my body weight (150 pounds) and I was taxing my kidneys. I asked the doctor about this and she said that because I ride my bike around 100 miles a week year ’round, it was not a problem for my system.

I consider this to have been a very successful doctor visit. I am glad that I decided to call her and tell her about the self-prescribing. Although it worked temporarily it was not a long term solution. It pays to communicate totally with your doctor.