How Vulnerable Are Men to Osteoporosis ?

According to the International Osteoporosis Foundation:

• About 20-25 percent of hip fractures occur in men. The overall mortality is about 20 percent in the first 12 months after hip fracture and is higher in men than women.
• Vertebral fractures may cause equal morbidity in men and women. Hip fractures in men cause significant morbidity and loss of normal functioning.
• Although the overall prevalence of fragility fractures is higher in women, men generally have higher rates of fracture related mortality.
• As in women, the mortality rate in men after hip fracture increases with age and is highest in the year after a fracture. Over the first six months, the mortality rate in men approximately doubled that in similarly aged women.
• Forearm fracture is an early and sensitive marker of male skeletal fragility. In aging men, wrist fractures carry a higher absolute risk for hip fracture than spinal fractures in comparison to women.
• In Sweden, osteoporotic fractures in men account for more hospital bed days than those due to prostate cancer.
• 30 percent of hip fractures and 20 percent of vertebral fractures occur in men. 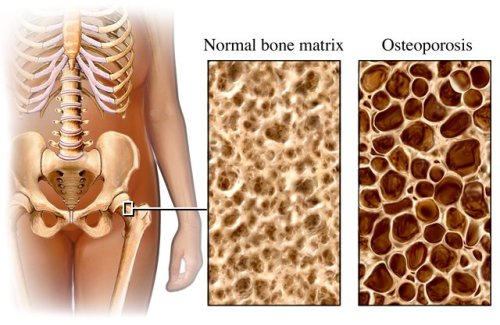 On a more general basis:
* 1.5 million osteoporotic fractures occur every year
* 10 million Americans suffer from it
* 34 million Americans have low bone mass (osteopenia)
* 40 percent of white women over 50 will have a hip, spine or wrist fracture in their lifetime
* By 2020 50 percent over age 50 will have, or be at high risk of developing osteoporosis

Speaking at a Northwestern Memorial Healthy Transitions Program ® gathering, Ms Whitfield described the most vulnerable in the population at risk as:

* Slender, inactive women who smoke are most at risk
* Asian, European ancestry have a higher risk
* Those with a family history of osteoporosis
* Women more than men (4 to 1)